‘Everything’, and How it Matters to Influency Marketing 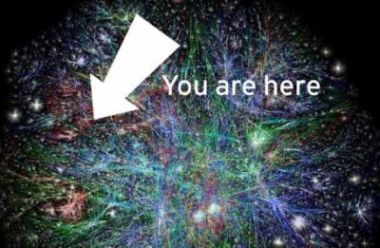 Everything about Everything, and Why That Matters in Influency Marketing

A couple of times recently, I’ve mentioned the idea of ‘everything’, in connection with describing and explaining Influency. And while everything might seem to be an impossible target, Influency really is about getting the largest subset of things you can manage rolled together in a useful way—and understanding what that means to your business.

Not surprisingly, the very nature of what I just said is enough to write a book—or several books—about (hmmm …memo to self … ). WordPress, for example, is a great Content Management System, and Headway is a great overlay to the WordPress CMS—until you start thinking of Headway as your CMS and WordPress as the framework it’s built on (or vice versa, which is the real point).

It goes on and on, and round and round. And you don’t really have the option of ignoring Influency and Marketing (contact us for help). I was reminded of just how true this “everything” thing is when I came across a blog I’d never seen before, yesterday, thought about how I got there, and realized after writing this comment that the piece I had just read was almost eighteen months old.

The article I was commenting on was about Design. Or Web Development. Or Technology. Or maybe it was about Marketing. Titled The Best Browser is The One You Have, it makes a lot of great points about a lot of seemingly disconnected things. And if you read my comment you’ll see that I take great exception with one: ‘You Can’t Presume Anything’. Nonsense; you must presume things or you have no voice and likely have no business.

But let’s talk about the far-reaching aspects of Influency done right.

I had never heard of A List Apart. And the only reason I came across ALA and that great piece is that I recently started using something called Lumi. Lumi looks at your browser history and recommends things for you to read based on what’s caught your attention before. It’s a creepy idea if you’re paranoid about such things, but Lumi, unlike, say, the 60 Minutes Google Chrome App, tells you exactly what it’s doing. Think about that. It took my using a new, questionable-security browser extension, which discovered a piece that you’d think was too old to show up on their radar, to come across a great article and for me a great source of Influency.

And now, I’m forever linked to A List Apart, both because I’ve written this, and because my comment there is interlinked to various places on the Interwebs—creating more Influency both for Answer Guy Central and A List Apart.

Just keep plugging. Influency is, at least in part, a matter of repeated iterations of Long Tail Marketing. And that’s simple, right?