A Good Internet Gaming Experience and The Influency of Speed 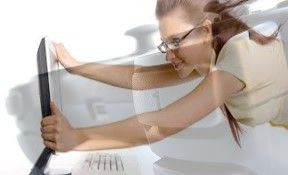 Last week I received this note from a reader. His question was reasonable, if not answerable in a way that either he or I was happy about:

so i recently read your article on Verizon fios and i have been looking for a way to get internet good enough for gaming. cable is unavailable to me because i just moved to NY and my house is in the middle of no where. what should i do

After we went back-and-forth a couple of times so I was sure I was addressing the rights issues, my final word (and the end of our conversation) was this:

Your options are limited by where you choose to live. In the US, the phone company is obligated to run a wire to your home, but if all that wire is capable of is dial up and whatever variant of DSL they attach to it, then you go off looking for something else, like cable, or in your case satellite. Satellite is almost never great, and although it CAN be better than DSL it’s sometimes isn’t—and costs too much. If you have no cable at your home, you’re down to two choices: either pay someone to run you a wire to connect to something better (and that’s VERY expensive if you can pull it off at all), or connect using wireless—which still requires that you have a good wireless signal AND that it’s designed for data. Old-school cell phone service isn’t good enough, 3G is OK (but not for gaming) assuming you get a great signal, and 4G/LTE, again, assuming your signal is really solid, IS good enough but … in the boondocks you likely don’t have it.

None of this helped my reader. He has slow Internet connectivity and no way to improve it. Except: maybe that’s not right, either. There are two variables that rule over the question of whether your Internet connection is good enough. Raw speed is one, but real-time reliability is often more important. The truth is, you can get by on DSL speeds for on-line gaming so long as your connection is solid and doesn’t suffer from micro-blips in service. What matters in most gaming situations isn’t the volume of data being moved so much as the ability to have a constant flow. Voice communication is the same; there just isn’t that much data being moved, but you can literally hear bandwidth issues. Real-time video delivery requires lots of bandwidth. Lots.

But this is a conversation about Influency.

The reader who wasn’t having a good time making his on-line video gaming habit ‘happen’ was having a bad experience not because of his lack of speed, but because most Internet connections suffer from frequent outages lasting just a few milliseconds, no matter how ‘fast’ they are. This is OK when what you’re doing doesn’t require real-time perfection, so measuring how good your connection is by its speed is fine for downloading things—even huge video files if you’re patient—but stops meaning anything at all as soon as those blips cause audio or video stuttering or a break in connection with the servers processing your gaming experience.

And even if you get that under control you’re still left to question how fast your computer is and how well it communicates with your own router or other equipment.

There are a lot of variables in Internet ‘speed’. Just about as many as there are in Influency. You need to manage a tremendous number of things—preferably, perfectly. And that’s where we come in. At Answer Guy Central we help make your Influency and Integrated Marketing work, by controlling every variable just as well as it can be controlled.

So what would you pay for more bandwidth? Often, that’s not the question that matters.