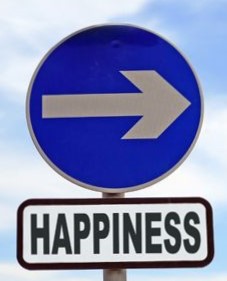 Perception is Reality, and Nothing is Free. So what does that mean to Influency? Everything.

Earlier this month, Huffington Post ran a story under the sensationalist headline Walgreens Shoppers May Be Overpaying By Up To 55 Percent: Study. OK, the study being cited was about prices at Walgreens. OK, there’s are large differences in prices between one Walgreens store and the next. But ‘different prices in different places’, even when those different places are within the same store [chain], does not equal overpayment. In fact, depending on your perspective and place on the perception/reality curve it could equal underpayment.

Or, it might just be an example of Market Pricing.

This can be confusing, and as someone who lives in a place where moving from one retail outlet to another is more complicated than hopping in your car to comparison shop, and where simultaneously most products are available in dozens of places within walking distance, I’ll cop to consternation over how difficult it can be—absent a published sale price—to know if you’re getting a good deal on that bottle of shampoo. But prices differing from one place to another, and sometimes differing dramatically, isn’t new, and isn’t a story. At all.

Should consumers have some expectation of stores ‘doing the right thing’? You bet. I told you all about Home Depot displaying their commitment to customer service. But I also remember one time when the same Home Depot I told you about in that story honored their local price match policy, processed a partial refund for me, and then left the price of the item as it was, knowing that most customers wouldn’t know what I knew. Is that wrong?

In the perception/reality game, it sure is. In the Influency Marketing milieu, though, ‘it’s just business‘. Remember my caveat about published sale prices? So get past that specific issue, and ask yourself: isn’t it likely that each Walgreens store manager is responsible for making a profit and judged on his ability to do so? That’s not overcharging, it’s capitalism.

Pricing, as this article describes, is about ‘Three Ps’; Perception, Placebo, and Positioning. Influency Marketing is a similarly simple/confusing game: there are things you need to get under control if you want your Influency Strategy to succeed. Physical CDs have become cheaper than digital downloads? Fascinating. I hope you’re not in the CD business. Burger King controls franchisee prices? Great for the consumer, but maybe a sign that you should have opened a McDonald’s instead. And you’re not actually assuming that on-line prices are automatically better than brick-and-mortar, right?

Influency is about many things, and controlling people’s perception of you, your company, and the products and services you sell is a big one. So: want to chat with The Answer Guy about all the things that go into effective Influency Marketing?