Email Is Now As Effective As … Almost Nothing 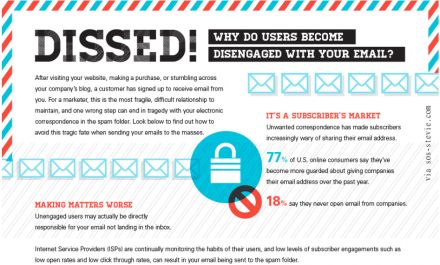 We’re approaching the four-year anniversary of this post about how C|Net’s managing editor gave me a hard time for contributing to one of the discussions at C|Net.

Crazy, right? I think about that story frequently; as time has marched on and the need for more inventive ways of doing marketing and achieving Influency has grown, swings in what’s ‘acceptable’ just keep pointing back at it.

C|Net has been owned for some time by CBS, and while The Big-Eye Network doesn’t come up here much beyond the occasional reference to my stint on their Up To The Minute news program, CBS churns out a bunch of work, much of it, of course, on-line.

So when the CTO/CIO of CBS Interactive guest-blogged this piece at TechCrunch, I noticed. And Peter Yared said something really smart: Email is Now Just Another Stream.

Never mind that Mr. Yared made the mistake of publishing his wise words in the wrong place; the message is important. Email, which still has the advantage of being a “push” marketing vehicle, is screaming for attention with almost as much desperation in its virtual voice as any other message delivery channel.

I’m not saying you should give up on email. But with open rates of 20% making you an email rock star, you’d better start taking the way you send email, and when, and to whom, and what the message says, really, really seriously.

Was there ever a more Influence-y angle on Influency?

Believe it or not, when you’re ready to re-think the way you do email, one of the first things you  might like to consider is going negative. I know, that advice goes against the grain, but negativity has its place, and with regard to email, this piece at AMEX Small Business Forum includes a pretty specific reference to the benefits of negative email headlines.

Negativity, as it turns out, is actually pretty darned engaging.

And ultimately, engagement is the goal of Influency Marketing. You become influence-y when the people you speak to are talking back.

Of course, there are a lot of paths to Influency. Design. Media. Development. Optimization. And more. Way more. Those are a lot of roads to … ahem … navigate.

We’re here to help to plot that trip. Ready to get started? Contact me here.