Everyone Is a Handyman 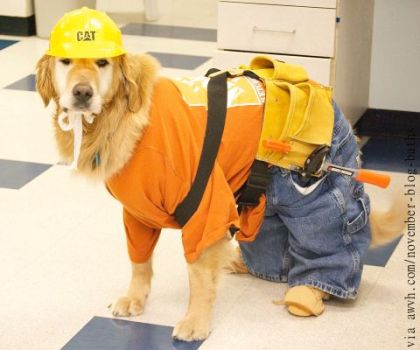 Everyone is a Handyman.

While there are elements of that statement that have always been true, the idea that we’re all handypeople is becoming more and more apropos as the Internet economy continues to take hold and continues to redefine Influency. Sure, there are still specialists and there always will be, but increasingly we live in a world where you need to be able to do anything, any time.

Only the wealthiest of the wealthy are immune from that statement. When ESPN’s ‘greatest athlete of all time’ Bo Jackson was a young man and did an interview while he and his wife were painting their home, he explained that he was doing that job because he believed that you should do the things you can do. Bo Jackson may have been the first virtual assistant … for himself.

For a time, the phrase ‘Virtual Assistant’ was all the rage in the business community. And while the phrase initially referred to people who handled jobs you didn’t have the time to handle for yourself, it was co-opted when Apple bought the company that wrote the software that became Siri. But Siri is no virtual assistant; when software like Siri works, at best it finds and dials a phone number. Software can hook you up with a virtual assistant. But the question remains: what’s the right way to select a virtual assistant?

And the answer, as it does in so many arenas, comes down to Influency.

Under the title Why Hire a P.R. Firm When There’s TaskRabbit?, this piece illustrates quite a bit about the evolution of virtual assistants and Influency. It’s the story of an I.T. professional who lost his job and over time found himself using SmartPhone Apps to piece together a new vocation that defies better characterization than ‘handyman’. The Virtual Assistant/Handyman part of things is what he’s become without setting out to be either. The Apps he’s using—as are his clients and prospects—are the gateway to his handyman-ness. And the Influency is about the Apps themselves.

That’s right. Influency can be driven by a well-conceived SmartPhone App if it gains critical mass and lands in lots of hands. And while Apps aren’t a panacea for all businesses—and are the wrong idea for many—under the right conditions the right kind of App can change your world.

All of this sound like a bit much to navigate? Contact me here; we’ll map you a path toward Influency. Looking for even more? At Virtual VIP we run the world’s preeminent Virtual COO service.

Because while simple statements like The World Has Too Many Blogs might be true at some levels, your path to Influency is more about finding the way to make yours matter. And that’s what Influency is all about.