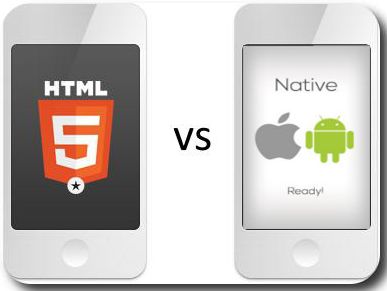 One of the questions our clients ask me most often is whether they should have an App. “There’s an App for That” notwithstanding, having an actual App is often both overkill and … just plain the wrong call.

A couple of weeks ago I came across a piece at ReadWrite titled HTML5 Catches Up To Apple, and realized that I was reading a viewed-from-a-whole-different-perspective article that addressed something I’ve been saying for quite a while to answer that question. But to me, despite my frequent musings on the topic of Apple’s business practices and the reality that Apple is a marketing company rather than the technology company most people see it as, addressing the issue this way was something of a wake up call.

Often, the best way to create Influency is to remove choices

While designing web sites and Marketing Influency campaigns require careful decisions about things like the difference between building an App, having a mobile-only web site mirroring your regular one, or building a Responsive presence and stopping there, the day-to-day, ongoing reality is that your choices and the ones you give your potential customers need to be simple. And posing the question as App Vs HTML5? is one way to change the App/Responsive/Mobile conversation.

Oh, were it only that simple.

Positioning HTML5 as the polar opposite of Apps makes sense only until you realize that “apps” are … App(s) … plural.  Choose Apps as your mobile strategy and you’re left needing to develop, maintain, and deploy both Android and iOS software—and even then you chase away anyone using a Windows Phone. That sounds like I just said Apps are a bad idea, doesn’t it? I didn’t. Apps are a great idea if by using them you add something to your value equation. For example, Dominos Pizza has an app that makes ordering food far easier than deploying a mobile or Responsive web site would ever achieve, which gets you to order more Dominos. The Starbucks App, on the other hand, delivers no more value than much simpler Apps from third parties.

But when it’s the right choice HTML5 is both simple, and platform-agnostic. As an example, here’s a quick HTML5 demo I worked up for a client a couple of years back. I emphasize both quick and demo, because it’s not pretty and depending on the platform you visit from it might play background audio, or not. But remember, I’m merely a near-geek, this was two years ago (HTML5 authoring tools have improved since then), and I cobbled the demo together from scratch in about ninety minutes—including recreating the graphics.

What’s interesting about the article at ReadWrite is that the discussion is about HTML5’s rise in the minds of developers—Jason Calacanis, are you listening?—is one of two points in the piece that can only be considered to be at odds with each other. Point #2? There’s more money in iOS development.

Both points are related to the evolution of tools versus toys. Toys are fun, and more people will pay more money for toys than they will for tools. But over time tools win out in market development. So developers and business people alike need to find the balance point between revenue and market development.

And that’s the Influency issue that relates to a discussion of Apps, Responsive web design, and mobile web sites. Different situations call for different solutions.