Where Is Your Marketing Message Actually GOING? 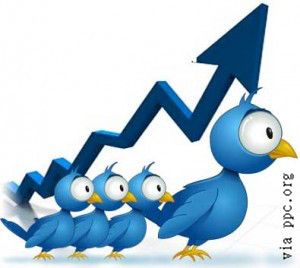 Last week, Eat24, one of the aren’t-there-too-many-of-these? restaurant delivery services, shut down their Facebook page. But Eat24 didn’t merely pull the plug; they posted a long explanation of why they were bolting the largest social network.

Facebook’s Director of Communications, in the best example of how not to do these things since IAC Public Relations head Justine Sacco insulted Africa, AIDs sufferers, and people of color with a single tweet, responded:

I don’t love Eat24. In fact, I’ve tried and removed the Eat24 App from my smartphone because I don’t care for the liberties it takes with bandwidth. And my position that Facebook is too broad and therefore way less useful than it could be is well documented. And I don’t expect anyone at either Eat24 or Facebook is terribly interested in my perspective. But there’s a lot to be learned from this small fiasco.

Four years ago, Facebook was awarded the ill-advised US Patent 7669123 on their News Feed algorithm. And the information Facebook shows since Newsfeed was turned on is very different from what many people believe it to be. Your Facebook feed contains only a small subset of the information your friends post, plus a healthy amount of advertising.

Eat24 gave up on Facebook when they grew tired of failing at getting non-paid information crammed into your feed. So OK, we get it; Facebook is really an advertising channel and if you can figure out how to get your ads “run” for free that’s better than paying for them—unless you’re Facebook, in which case it’s worse. Again, not the point of the story.

The issue, advertising costs notwithstanding, is the way you control your marketing message. Facebook stores have been shutting down for years, because it turns out that being at the mercy of the managers of a bizarre trafficked by over a billion people might not be the best way to get your message out. Pure numbers aren’t that important, or useful. Until your Influency becomes  invisible, it’s not real.

Eat24, in relying on and being “at” Facebook, was trolling for new customers—and Facebook is a great place for companies like Eat24 to do that. But a Facebook page, even though it might augment your own Internet presence efforts well under the right conditions, is no substitute for maintaining control. Eat24 knows this—I hope. How ironic then that Eat24 took exception to Facebook wanting to control how its assets were being used by … leaving. One of the things you need to make Influency happen is voluminous messages and even if Eat24 couldn’t figure out how to beat the system at Facebook, leaving makes no sense, if only because all the links to what used to be Eat24’s Facebook page are now useless to them—and Eat24 effected that uselessness.

Speaking of messages, Facebook, and folks not understanding what’s in Facebook’s firehose: last week I connected in the real world with someone I hadn’t seen in several decades because we ran into each other there. I mention this both because it was the first time that’s happened to me (reference my comments about how useless Facebook ultimately is for most of its users), and because Paul Cohen’s Magical Healing deserves the plug. Mazel Tov on your launch, Paul.

Still trying to figure out how this Influency* thing works? Let’s talk.