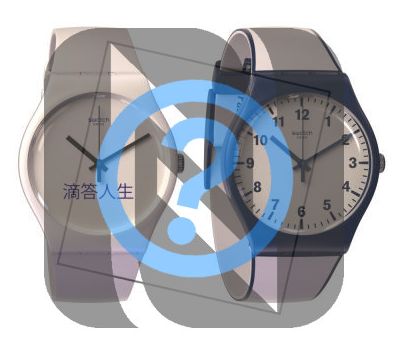 Every now and again, something underscores just how important it is to keep up with business change. The folks at SWATCH are releasing a dumbwatch (dumb watch?) with one important (not important?) feature that bridges the business change/business process chasm in a way that … well, ultimately may not mean anything. We’re calling this story Smartwatch Dumbwatch NFC.

SWATCH’s newest analog watch lets you make contactless payments. Or, depending on how the very simple implementation of NFC that SWATCH has included in the timepiece works, will fail security checks and do nothing at all.

Yes, you read that correctly.

The new SWATCH watch, while not likely to amount to much, is nevertheless an interesting business development. We’ve been telling you about how brain-dead NFC is since almost four years ago, and while putting NFC on your wrist makes using it a bit easier than tapping your phone, Apple Pay hasn’t done nearly so much for Apple as they thought it might.

There’s a piece of me that wants to feel differently about this, but Smartwatches are dumb. The idea is great, less because it’s important to be constantly pretending to be Dick Tracy than because not needing to carry your phone everywhere but still having access to much or all of your digital stuff is attractive.

And I’m not even addressing the “that thing is too darned large and thick” part of things.

So back to that whole Smartwatch Dumbwatch NFC thing: ignoring the price part of the equation, when does wearing a smartwatch actually make sense?

The answer runs along the lines of “when it provides features you’ll use without thinking too hard about them, and nothing more“. Look at your wrist. See the time? We’re done. Maybe we can add the tap-to-pay-with-no-thought-assuming-everything-has-been-set-up-correctly-and-works thing, but I’ll be surprised if you have any other real application for a so-called smartwatch. There’s a reason phone screens measure five inches and not three.

Thanks, SWATCH, for providing a new chance to think about the Smartwatch Dumbwatch NFC issue. Now let’s hope you aren’t just pretending to give us something useful.