When Your Name Doesn’t Matter 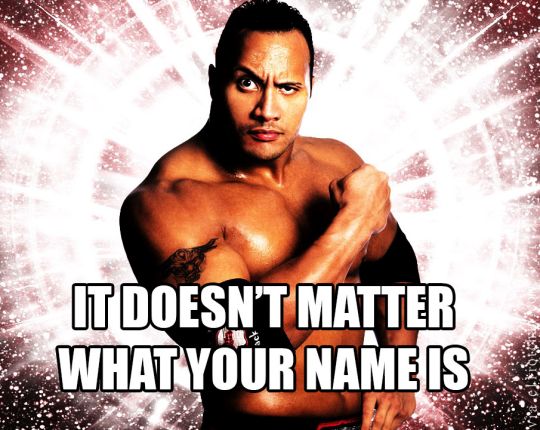 Think you’re tough? Think you have “a brand”? Think your name matters? Wrong. Your name doesn’t matter and Twitter is going to prove it.

A few months ago the news that Twitter was abolishing their 140-character limit started making its rounds. Twitter’s confirmed that news, but things are not going to change in the way those of us who track such things believed. Instead of expanding the 140 character limit, Twitter’s instead changing what counts toward your 140 characters.

This is an incredibly insidious move on Twitter’s part. And it’s smart, but not smart enough.

Those words don’t quite mean what they say. “Your Name Doesn’t Matter”? Of course your name matters. It matters more and more as you become better known and cross over the line, for example, where a logo is identifiable as yours. But your name doesn’t matter on the Internet for anything other than its SEO value, and SEO experts have said for quite a while that optimizing for your own name is mostly pointless.

But Twitter doesn’t own your name, and their newly-announced implementation of an expanded 140-character limit does way more for Twitter than it does for Twitter users. Sure, you’ll be able to squeeze more into tweets and for folks who have been having trouble with the 140-character limit not having @names or links count toward it will feel useful. But if Twitter isn’t actually “expanding the 140” and yet you can get more than 140 characters into tweets it means that non-visible parts of tweets are coming and they’ll be less visible to search engine—in every context other than Twitter showing those characters in their own SEO efforts. In other words, your name doesn’t matter, at least, not to you.

Who actually sees your tweets? Twitter’s spin on the death of the 140 character limit pretty much ensures that fewer and fewer people will unless you find a way around their new ownership of your name.

Your name doesn’t matter? That’s nonsense and we have strategies to deal with it. Want to talk?