‘This Software Is Functioning As Intended’ 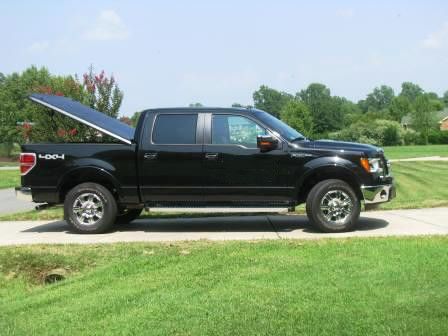 As I’ve said here many times, perception is reality. So when a customer service representative justifies a problem you’re having by saying that something is “functioning as intended”, there’s a good chance there will be a disconnect between what that customer service rep is saying and what you hear.

This has been rattling around in my head forever; customer service is one of the most important tenets of great business process. And it popped into my head a few weeks ago when some new problems people were having with Apple’s iTunes software started getting thrown around.”The Software Is Functioning As Intended“? SERIOUSLY? It Just Ate All My Music!

Turns out this kind of disconnect happens all the time, but unless your customer sees what he needs to see, there will be problems. Is the vehicle you see in the picture above a truck? A car? A Transformer? Ultimately it’s the customer who decides … except for that skewed reality where most states DMVs would call it a car and then call it a day.

If you aren’t a government agency, though, your customers’ perception of reality needs to matter a bit more. ‘Functioning as intended’ simply isn’t good enough.

The very idea of functioning as intended is either an engineering construct, or a string of words meant to deflect responsibility. Years ago, before WiFi was ubiquitous, I told you about a problem at Panera Bread; Panera was early adopter of the give-away-WiFi-to-encourage-customer-loyalty strategy. Problem is, even if giving away WiFi was a genuinely altruistic gesture, claiming they were making customers’ lives easier but not seeing to it that they actually were rendered the program worse than if there had been none. Panera’s Free WiFi was not functioning as intended.

Or imagine being in the final stages of labor and being told that you couldn’t push because your doctor hadn’t arrived. What would that mean, that your uterus wasn’t functioning as intended because a third party’s presence was required in order for it to do so? Wrong. Perhaps less-than-optimal, but wrong, nevertheless.

There comes a point where the way you communicate matters—and in business, that point is “always”. Fail to understand that and you might as well as Where’s The ANY Key?