The Donald Signs Off On The End of Privacy 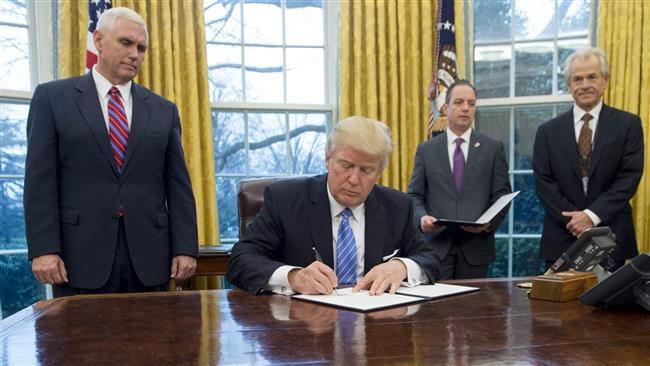 And that’s not even the problem.

While I’ve had plenty to say about Donald Trump—and very little of it is good—Answer Guy Central isn’t a political outlet. We talk business here, and my concern is where business and the end of privacy intersect. And oh boy, do they ever.

Other than his administration’s gesticulations about demanding social media passwords from foreigners this story isn’t about Donald Trump. But the end of privacy issue, Trump-related or not, is coming to a head. The business process/business change issue is how you make the best of your position in the privacy debate. And our 45th President’s moves as he fumbles toward his vision of the new normal got me thinking.

Back in 2010, I suggested that privacy was a silly thing to worry about. I don’t actually believe that. But speaking pragmatically the idea of privacy is kind of quaint—and kind of new. Curtained windows and doors with locks didn’t exist for most people until just a few hundred years ago. A not-small number of people still have no real privacy—and don’t give it a thought.

And, full disclosure: I’m an advocate of being as transparent as you can, both in business and in personal matters. But I also believe it’s you who should decide just how transparent you should be, not your government.Note that I phrased that as “your government” not “government”. This is a place where the idea of

Note that I phrased that as “your government” not “government” or “the government”. This is a place where the idea of vetting foreigners has merit, right? Not everything Mr. Trump’s administration suggests is completely off-base.

Now, back to today’s message.

At around the same time I made my point about what a mess a debate over “the end of privacy” would become, I wrote this story about who owns your e-mail. Speaking from my not-an-attorney position, I came down pretty hard on the New Jersey Supreme Court. In the seven years since very little to counter what I wrote has happened; if you own the computer, you can look at its contents. What we’ve learned, though, is that to protect yourself you need a stated policy to that effect.

Bottom line: We live in a changing world and a changing business environment. And having a Trumpian the-president-will-sign-executive-orders-and-then-fight-courts-over-them example as a negative template makes it pretty easy to see what you need to do to maintain control. Dot Those I’s. Cross those T’s. Know everything you can know and move forward based on that information.

Not sure you know the best way to handle all of that? Drop us a line; we’ll review your business processes. It’s free.