Matt Mullenweg is a Fool — But Even Fools Do Smart Things 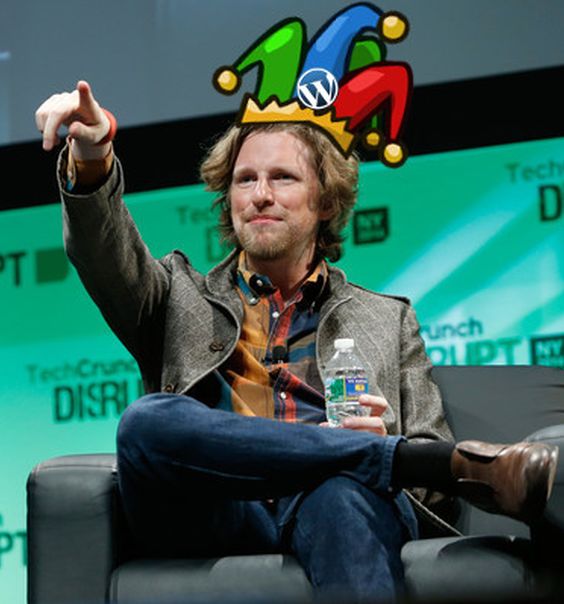 Matt Mullenweg is a Fool.

Hopefully, that WordPress-emblazoned jester’s hat on Mr. Mullenweg’s head softens the “Matt Mullenweg is a fool” blow. Taking that a bit further I’ll point out that the Internet’s oldest and most respected stock tips website uses a similar hat and calls itself “Motley Fool”. So, hey, Matt? No libel here. You own the majority of the stock in WordPress parent Automattic; what more motley a fool could there be than you?

Now, let me be clear: today, despite the fact that Matt Mullenweg is a fool, I’m here to praise him.

I’ve followed the musing of Ma.TT since before I created The WordPress Helpers. Clearly, Matt Mullenweg is a smart guy and had one really great idea. WordPress is huge beyond what it deserves to be and is still growing—if too slowly for that to matter. And Matt Mullenweg didn’t just make WordPress happen; he convinced venture capitalists to give him over 300 million dollars for a stake.

But as I said more than a few times during The WordPress Helpers’ short run, Matt Mullenweg is missing the boat on what WordPress could be (disclosure; I had designs on helping him with that and was rebuffed). There’s a piece of me that genuinely believes that Matt Mullenweg is a fool — or at least too blind about certain business realities to manage himself out of his own way.

This morning, though, Mullenweg said one of the smartest things I’ve heard anyone say in quite a while. The Job Interview will Soon Be Dead.

OK, so he less said it than quoted an article at Inc., but the point is still that Matt Mullenweg is a bit less of a fool than I’ve believed for a couple of years.

Matt Mullenweg is a Fool … or Is he?

I’ve long said that we need to use better hiring criteria. The folks at Harvard Business Review agree. And it’s coming to a head; millennials lack some of the most basic interviewing skills. But what is there to do about it?

Ironically, neither I, nor Matt Mullenweg, nor the writer at Inc. that Mr. WordPress and I are quoting exactly made up this idea. Job Auditions have been in play in the restaurant business for a long time. My youngest son is a chef; he’s auditioned for each of his last three positions.

How job auditions work in the broader business world depends on the gig. It’s tough to see how well a programmer will fit in with your team, but there are ways to at least get an idea. Customer service agents can be thrown on the phone, either in live or simulated calls. Ditto sales people.

It goes on and on. Your role is to figure out the best way to handle Job Auditions for your specific business, of course. Hit me here if you’d like a hand figuring that out.

Today, perhaps for the first time, I’m happy to say it: Matt Mullenweg is no fool. Now if only he had a plan for returning some of their investment to his venture funders.