Movie Piracy Turns Out To Be Great Influency For Studios 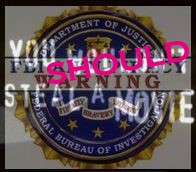 Go ahead, pirate Game of Thrones. Seriously, I mean it.

The CEO of Time Warner just went on the record as believing that the HBO series being downloaded and redistributed ad infinitum, even by people who haven’t paid for the privilege is ‘better than [it] winning an Emmy’. And you know what? He’s right.

Not working in TV nor lusting after that particular award, maybe I’m coming at this from the wrong angle, but I don’t think so. Nor do Neil Young, Elvis Costello, Louis CK, or Fred Wilson. Mr. Wilson is a venture capitalist, Young and Costello are musicians, and Louis CK, while a staple of television, isn’t exactly a ‘TV Guy’, but all of these successful folks have, in one way or another, advocated or encouraged piracy. And now, one of the biggest media big shots there is has jumped on the piracy bandwagon.

Now to be clear,  Time Warner’s Jeff Bewkes doesn’t actually want you to pirate his company’s stuff, any more than CK, Young and Costello do. But all of these gentlemen are pragmatic enough to understand that while ‘best scenario’ is one thing, ‘best practical scenario’ is quite another. And the media business, like so many others, is finally starting to understand that; you go for best outcome, and you figure out what that is by analyzing business changes going on around you.

This isn’t news; I’ve been telling you about changes in various media businesses for years, and consulting on Intellectual Property for many more.  We’ve seen at least one literal example of a studio wanting you to copy and redistribute a movie, and another where a movie producer all but begged you to pirate his film. We’ve seen one US judge basically declare piracy legal, and at least one study asserts that piracy makes studios more money than they’d make without it.

While of course he’d rather sell a bazillion copies of Games of Thrones than have people download, store, and redistribute his programming without paying for it, what Mr. Bewkes is saying is that eyeballs and buzz matter more than collecting every quick-hit dollar. And that’s the media business in a world where there are so many competitors for the attention of your target market. It’s also a huge change in the way business has been conducted, generally, for decades.

It’s a real change in how Influency happens. And like Jeff Bewkes you’d better be figuring out how to make content work for your business. Or your business will disappear. Got it?

Want to get it even better? Reach me here.