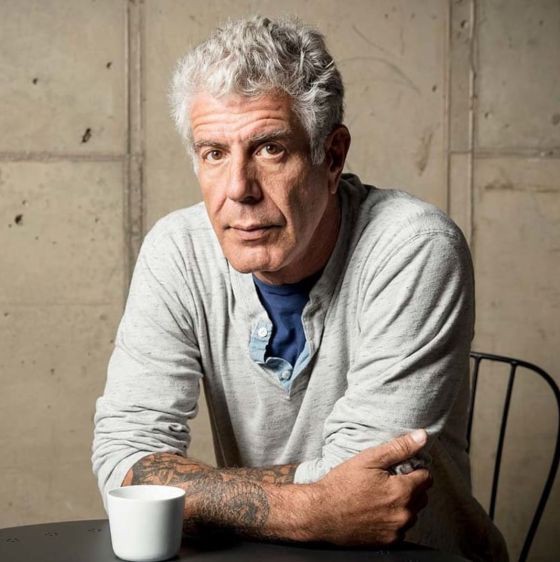 If it seems lately as though I’m in a bit of a writing slow-down, it’s because I am. There are two reasons. First, we’re in the middle of a business redirect at Answer Guy Central and the strategic implications for what I write are shifting. And second .. Fuck you, Anthony Bourdain … or more specifically for today, Fuck you Anthony Bourdain Redux.

I watched the Bhutan episode of Anthony Bourdain’s Part’s Unknown earlier this week (available on Netflix as of this writing, or for purchase via Google Play here). I recommend it highly; Tony Bourdain truly brought travelogue to a new level. This, unsurprisingly, ticks me off more, elevating that Fuck You Anthony Bourdain Redux thing to new heights. The sheer waste of this kind of talent galls me in ways that I’m truly unfamiliar with.

And believe it or not, that’s the point of this post.

Union Square Ventures’ Fred Wilson is a brilliant Venture Capitalist, and his firm is successful in ways that make questioning his judgment hard to do. You know, like questioning Tony Bourdain’s methods up until a few weeks ago.

Through my recent activity in the delivery and logistics spaces I visited USV’s offices a little while back. This got me investigating Fred and USV’s portfolio, when I noticed they’d never invested in either. I was surprised. So last week, I had a back-and-forth via email with one of the smartest Venture Capitalists around. And Fred told me, straight-up, that he has no interest in either. OK, fine; I’ve become more and more convinced that most of these companies see “I need Amazon to buy me” as their exit strategies, so maybe Fred sees the same flaws I do.

But then Fred told me he … doesn’t approve of what these companies represent. As in, “you want food? Go out and get it”. A personal feeling? Recognition of the coming food delivery backlash? Probably one of those.

We’ve crossed paths for years, but Fred doesn’t know me well enough that I expect honest private business revelations. But everything about the way delivery and logistics are evolving tells me I’m right—and Fred Wilson is smart.

And now it turns out that Amazon is as smart about this as I’ve been guessing. Smarter, even: Amazon’s logistics network is about to get huge on the backs of tons of small companies. And these partnerships will cost Amazon nearly nothing. Exit strategy for the big logistics and food delivery guys defeated.

Amazon isn’t saying quite what I am, of course, and I don’t believe the logistics company—other than the one we’re advising—see the trouble they’re in. Likewise, and as I said above, Fred Wilson doesn’t owe me frankness.

And yeah, I really do wrap all of this up in a package containing fuck you Anthony Bourdain redux.