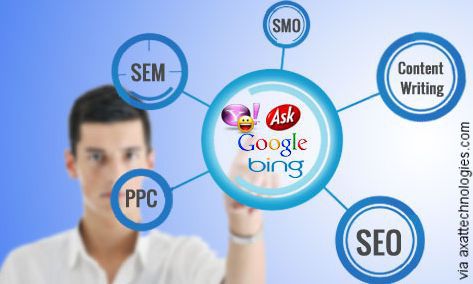 By now, you’ve heard of Search Engine Optimization. While it was considered snake oil for a few years, even non-technical, non-marketing types have come to understand that SEO matters, even if they don’t know what that means.

Even if they fall into the don’t-quite-believe-SEO-is-real camp.

The Last Word on SEO

Search Engine Optimization is complicated. REALLY complicated. It didn’t used to be; once-upon-a-just-a-few-years-ago you could rank effectively for the terms that matter to you simply by cramming them into an article a few dozen times. If the word was relatively obscure that continued—even continues— to be true. Want proof? Take a look at our ranking for the US Patent Number 7669123, using just the number. Then ask yourself whether there’s any good reason for us to have that kind of rank for a string of digits.

But things have changed, and SEO is now a complex formula. Or, not exactly; the last word on SEO is that it isn’t so much a formula as the intersection of a series of formulas, and that even Google doesn’t really understand SEO. So the complex part is correct, but the formula part not so much.

Bringing us back to Google and The Last Word on SEO.

The next version of Google Penguin is coming soon. Penguin, like Panda, Hummingbird, Coffee, and a few other small words with big meaning in the Googleverse, is one part of the Search Engine Optimization formula—and hasn’t been updated in quite a while. Presumably, this means that once the Google Penguin update rolls out, SEO types will say the sky is falling. We’ve seen it before.

And it doesn’t matter.

The next squawk of the Penguin will have an impact on your search engine optimization. You may do better. You may do worse. You may not notice. And that’s why we’re calling this piece The Last Word on SEO; Penguin doesn’t matter. Neither does anything else that you can name easily (and implement a strategy against not at all). What matters is that you keep producing content, and that Google—in the broadest sense—thinks it’s worth reading.

This is why we stopped selling SEO services a while back. We do SEO, we teach SEO, and we preach it, but SEO as a stand-alone practice isn’t meaningful. And that particular “last word on SEO” is one that Google’s been talking about for several years. Facebook, too. When it comes to Parsing Google’s Rules, the only rule that matters is keep on creating.

How sure are we of this? This sure:

Look again at that example of our rank for the number 7669123. The surprise isn’t that we still rank, almost six years years later, so highly for so obscure a search term; who’s trying to beat us? But here’s another non-surprise: Our overall website traffic is up in the last two months by about 25%. And why? Because our new-content activity increased noticeably in that timeframe.

That’s right; for a while, we’d stopped drinking our own KoolAid, and once we restarted, our traffic climbed, dramatically and immediately. That’s not a formula, it’s a construct; it’s truly The Last Word on SEO.

It’s also the last words of this article. Unless you wanna talk about it some more.