Too Many Cooks Spoil The Logistics 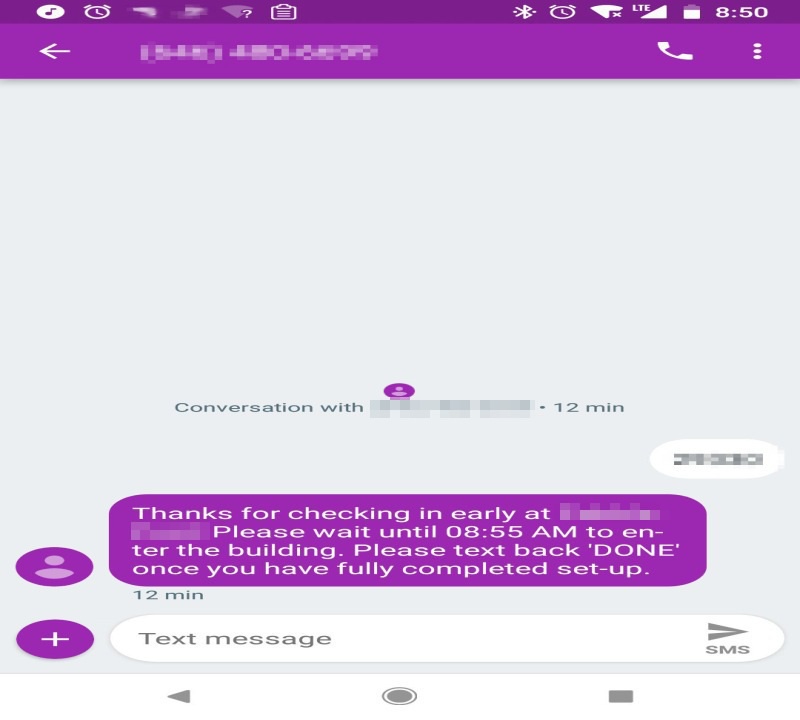 As our deep dive into the issues surrounding restaurant management and delivery logistics continues, it becomes more and more obvious that we’re looking at complicated issues. Recently, I realized that one problem is—and I’m not being flip—that too many cooks spoil the logistics.

Make no mistake: the food delivery backlash is coming. Part of that is customer service related, another about compensation issues, and there’s more. Restaurants are having a harder time making money than ever, profit margins on five-dollar footlongs notwithstanding. But the real issue stretching across all of these loosely-related themes is how too many cooks spoil things.

The image you see above (with personally identifiable items pixelated) is a text message I received doing a delivery for one of the food logistics companies I’m working with as we inch toward improving that business for a client. Note that I received the note at 8:38 AM (12 minutes before 8:50). It’s telling me to wait until 8:55 to make the delivery. I received that text from the company that had placed the order with the restaurant.

So let’s look at the “too many cooks” thing. Forgetting the recipient of the food, we have:

Again, ignoring the company receiving the food (Oy; seriously? I said that?), let’s look at everyone else.

The restaurant wants their food delivered. If the food gets there “on time” and intact they don’t care how—if they can afford the fees. The food logistics company wants the same thing, while paying the smallest fees possible and collecting the largest. The delivery person wants to get paid, typically with an eye toward bonuses, when available.

And then there’s that marketing company. They’re who sent the “wait until 8:55”. Problem is, the food logistics company’s instructions were “deliver between 8:30 and 8:50”. They’re who engages the courier and neither they nor the restaurant—who the courier has visited—said anything about 8:55. The courier receives that “you’ve been bad!” message from the marketing company after doing his or her job properly.

Too Many Cooks Spoil The Logistics.

In many ways, there were too many cooks involved before the marketing company was interjected. And the relationship between those many cooks is something I’ll be writing more about. But regardless of those specifics the problem is obvious. Too many people are touching the same order, they have too loose a relationship, and all have different goals.

If ever there’s been a great explanation of that “too many cooks spoil the broth” adage, this is it. And too many cooks very much are spoiling these logistics.

Now remember, the restaurant’s needs are simple and need to stay that way. In most cases the courier just wants to be paid. The customer wants their food. The problem is that there are two logistics companies with conflicting goals. And for different reasons they both believe they’re in charge.

Ever found yourself stuck in a situation like this?

The Answer Guy manages sticky situations like this one; if you need a hand contact us here. Meanwhile, the recommendation is this: think hard before you add a marketing company to your food logistics mix.