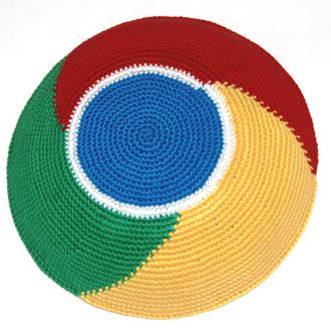 A couple of weeks ago I told you about an example of tremendous Customer Service at B&H Photo when a salesperson at B&H all but refused to sell me an overpriced item. B&H came up here once before; I used the Orthodox Jewishness of B&H’s owners to make a few jokes at my tribe’s expense (aside: while not Orthodox, I’m the prototypical New York City Jew I poked fun at in that piece).

I made the OrthoJew joke as an example of Search Engine Optimization techniques, and especially the idea of Long Tail Marketing, and it worked; over three years have passed and the tongue-in-cheek jab at my people stills draws hundreds of visitors to Answer Guy Central. Check it out if you like by searching Google for Orthodox Jews Customer Service or digging for B&H Jews Customer Service. As of this writing you’ll find us on page two for the first query and in position 2 for the second.

Last week, SEO expert Barry Schwartz told a story about Google’s SearchBot being … Jewish. In fact, it seems that Google SearchBot is Orthodox Jewish; it doesn’t want you to so much as have a working web site on the Sabbath if, like the folks at B&H Photo, you happen to follow the tenets of Judaism strictly enough to close your business on The Lord’s Day.

I’ve recently come to believe that Barry Schwartz’ search engine optimization skills have become outdated. But in bringing up the topic, Barry has managed to get me thinking: what if Google SearchBot really is Jewish?

Some background: Orthodox Jews believe in an obligation not only to observe the Jewish practice of resting on Sabbath but also not to be responsible for others working then, either. It’s the reason that B&H isn’t open on Saturdays, and wouldn’t open even if they had enough non-Jewish employees to keep their huge operation going without help from B&H’s principals. Interestingly, B&H’s web site stays open on Sabbath, albeit with orders held in-queue until the following day.

But as Mr. Schwartz points out, there are other Orthodox Jews who follow the letter of their religion even more strictly than B&H; they take down their web sites for Sabbath. And Google has an official policy for search engine optimization that mandates GoogleBot receiving the same treatment as people. In other words, in Google’s eyes if you take your web site off-line for people, you need to have it off-line, period. So if you go ‘full work stoppage’ and shut down your web site on the Sabbath you need to choose between Google seeing you as non-operational and gigging your Influency ratings, or being a different web site for GoogleBot than you are for people, which is against Google’s rules and could hurt your Influency even more.

My opinion is that the folks who go for full blackout under the no-one can work at your behest tenets are mistaken; there’s a long-standing practice, for example, of running ‘Sabbath Elevators’, which stop on every floor of a building and therefore don’t cause the extreme Orthodox to so much as press a call button to summon them. As such, it stands to reason that leaving your web site operational in the way B&H does is … ahem … Kosher.

This mostly serious message is mostly about Influency. But smile; looking back at the history of B&H, Barry Schwartz, and Jewishness at Answer Guy Central brought me to a “please take yourself less seriously, folks” message: Jews can be pretty funny about being Jewish.

And GoogleBot, if you’re watching (and I know you are!) Happy Hanukkah.