Google And The Influency of The Lie 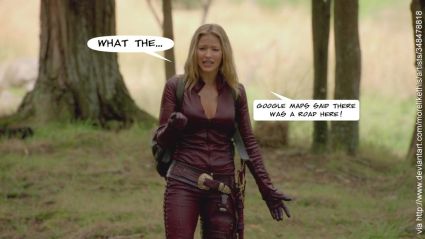 The question of Google’s trustworthiness has come up here a few times, and overall my position has been that you can absolutely trust Google to look out for Google’s best interests. That statement is less cynical that it sounds; Google can be worked with effectively by anyone who understands the rules of the game. There are quite a few of those rules, of course, and if you’re busy running a business and that business isn’t Influency Marketing or Search Engine Optimization you probably don’t have the time to address the issue well enough. But yes, Google can be trusted because except for the occasional unusual case, Google behaves predictably.

SEO types tend to mistrust The Big G, though; conspiracy theories abound. Today, the folks at seroundtable.com are discussing whether the mere existence of a web page’s address will make Google find you, and this fairly simple discussion is the kind of thing that the Influency-ist in me can play with endlessly. For example, did I just ‘pass SEO juice’ by mentioning the web site in red text? Or was that not good enough for Google to notice? Maybe it would have helped seroundtable’s cause more, had I prepended ‘http://’ ? And I’ve also included an actual link to seroundtable, but not using its name. Does that pass SEO juice?

The answer to my last question is yes. The other questions are the subject of that discussion, and the discussion itself is interesting—for several reasons—beginning with the fact that Barry Schwartz, widely considered to be a genuine SEO expert, wrote yesterday and today that there’d been a new revelation on the matter by Googler John Mueller, before being all but crucified by his community for claiming a new discovery that’s actually been common knowledge for several years. Barry’s had this type of lapse in memory before, by the way.

The point is that Google’s search algorithm is a complicated beast, and while there’s absolutely a difference between pc-vip.com, http://pc-vip.com, http://pc-vip.com, and Visit PC-VIP—and for that matter, Visit PC-VIP.COM, they all ‘pass SEO juice’ and the only question is how much. Whether you can trust Google when they talk about Search Engine Optimization has very little to do with SEO; remember, Google doesn’t quite know what SEO ‘is’.

What matters in doing Search Engine Optimization well is the recognition that it’s in a constant state of flux. I’ve mentioned before that we no longer sell SEO as a stand-alone service; the constant changes and reduced certainty of previously bullet-proof techniques are where our coining of the phrase and expansion to Influency and explanation of the importance of Media, Content, Development and Design originated. The granularity of what form of usage of a web site’s address will pass it the most Google juice is no longer an important enough place to spend significant resources.

The mad scientist in me loves this kind of stuff. And if playing around with tiny little tweaks is what floats your boat, take a look at that seroundtable.com discussion I referred to above. Or if you want people to find your web site and actually do business with you, just click here, and let’s talk about it.