Google Reader, RSS, Content: The Death of an Old Friend 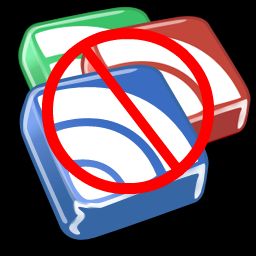 It’s the end of the world as we know it … and I’m going to have to feel fine.

Yesterday, Google dropped a bombshell on The Internet. They’re hoping you don’t notice, and the truth is you probably won’t unless you’re been using the Internet long enough to remember what it’s like to go searching for the content you need instead of it getting pushed to you.

On July 1, Google will turn off Google Reader. In and of itself, this doesn’t sound like it means very much, because there are many, many ways to read news and other information on the Internet, whether you do so from your desktop computer, tablet, or SmartPhone.

But by killing off Google Reader, Google is looking pretty evil (an aside; Google used to employ ‘don’t be evil’ as its unofficial corporate motto).

There’s a business case behind Google’s decision to shut down Reader: because nobody needs Reader any more, the resources they put into supporting what has become essentially a legacy support project are better deployed elsewhere. And looking at statistics for how people have come to Answer Guy Central in the last thirty days it’s hard to argue: 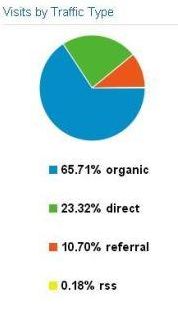 Yep. Less than one in 500 Answer Guy Central visitors gets here with the help of an RSS reader, which underneath the hyperbole is all Google Reader really is or has ever been. That’s called ‘acceptable loss’ in almost any world, and even more so when you’re Google.

In fact, there’s a good chance you don’t know what the phrase ‘RSS Reader’ means, and that’s the point, too. But here’s where it gets a little ugly; as I said, it’s looking like ‘don’t be evil’ don’t be important no more to the Big G.

Last year, in a similar “spring cleaning’, Google announced that another product of theirs that had become a bit of a relic was being ‘sunsetted’. iGoogle, which was Google’s ‘start your Internet experience with us’ tool to combat My Yahoo and the AOL homepage, is also getting shut down. That one bothers me even more than the death of Google Reader, because I use iGoogle as my home page; it’s a great dashboard to keep track of all the things I’m constantly checking, and when it goes away I’ll have to find a new one. Google’s public rationale was the same as they’re going with for Google Reader: there are other tools available.

But that isn’t really the story here. In either case.

Google is so large, it has the resources to keep legacy products and services like iGoogle and Google Reader running without the costs that doing so entails even so much as showing up on a departmental budget. Call that a ‘public service’ if you like. And I’m not in charge of Google’s philanthropic efforts, but … just sayin’.

What this is about, though, is that when you use an RSS Reader to get your news, you effectively bypass most advertising. Google’s in the advertising business; they don’t want that. How much does Google hate when people bypass advertising opportunities? Yesterday, Google also announced that ad-blocking software will no longer be allowed in the Google Play Store.

As I said, the death of Google Reader doesn’t really ‘matter’. Those of us—that .18% of the world—who are using it will find other ways to do business (contact me here if you need help).

On the other hand, Google Reader going away is a pretty great illustration of what I wrote about yesterday: you want to own your own cloud—even your OwnCloud.

Google isn’t free. If they have anything to say about it, you’re going to switch to Google’s file formats. And remember: Google+ isn’t about social networking. They sure are about Influency*, though.

It’s a lot to take in. Want to help The Answer Guy fight back? Then please, feel free click one of these lovely advertisements from the Google Ad Network 😉   :