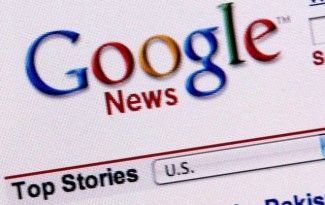 Influency takes a lot of work. And sometimes what was influence-y yesterday is less so today. This is why, even though there’s nothing about Influency that you couldn’t make happen yourself if you had the time, you hire The Answer Guy.

Here’s a new example of why.

This morning, both in my newsfeed and on Google+, I came across a story by Barry Schwartz. I’ve mentioned Barry here once before, referring to his site Search Engine Roundtable as a great resource for Optimization (and of course, therefore, Influency). I still read Barry, but that might change soon; I’m starting to think that Influency is in the process of passing him by.

Barry’s story today is about Google seeing News as different from Content, and what that means if you’re in the search engine optimization business. As I pointed out in comments on that story, this change to how Google sees News isn’t actually news at all. We do Search Engine Optimization for several magazines, and figured out quite a while ago that Google sees News as something special, deserving of higher placement in search results when it’s current, and then dropping off in comparative importance over time.

This means that you have a leg up in real-time competitiveness for Google’s attention if you’re a news outlet, but that as a news source you’re also at something of a disadvantage over time. Except, of course, that because you “do news” your volume of content is high, and that boosts you back up in Google’s eyes and as a Search Engine Optimization target.

I bring this up because Barry Schwartz, as another comment on that story points out, seems to have forgotten that he wrote about this issue a couple of years ago; it isn’t news, even though he thinks it is.

In other words, Search Engine Optimization is becoming a lot more granular and a lot more complicated. And of course that means it’s also becoming more difficult. This is part of why we don’t call ourselves Search Consultants here, even though Search Engine Optimization is a big part of what we do; Influency is more than just knowing how to work search engines; Influency is about Marketing.

Google … <ahem> … owns everything. And they keep changing the rules, and you can’t, frankly, trust them. Certainly Google doesn’t give up much information on how to work their search engine algorithm, so the question of when and how to speak to attract attention and build Influency is complicated. Is this a conversation about social media? Sure. Video, too.

Mostly, though, this is a discussion about business change. If you don’t get the changes happening all around you under control, your business, and your Influency are going to disappear. And Google doesn’t care.