Two-and-a-half years later, with much traffic still flowing here and to our parent PC-VIP, I’ve decided to update this post:

When Judge Herbert Greene broke up the phone company back in 1984, he set a business change in motion that was supposed to be useful and helpful to consumers. In fact, it was; we no longer pay $.25 per minute for long distance, and AT&T had no incentive to change that before competition was created. Thank you, Judge Greene. 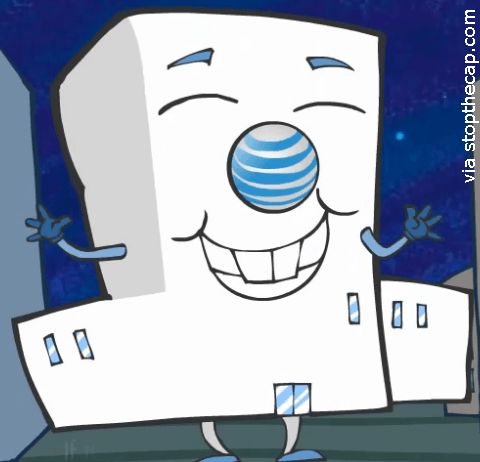 But in order to make it “fair” to the phone companies that were still responsible for maintaining the phone lines even while other companies delivered service over those lines, Judge Greene allowed them to charge various fees. This makes sense in a way; why should Verizon (for example)  have to subsidize the business actions of their competitors?

One of the ways this was addressed was implementation of the Federal Subscriber Line Charge. The name suggests that it’s a tax, doesn’t it? Or at least a “fee” paid to the Federal Government to have a phone line.

It’s Not. The Federal Subscriber Line Charge is a fee that Judge Greene’s order allows phone companies to charge you, and keep. In other words, when Verizon tells you that your phone line costs $10 per month, but the bill is $16 once the Federal Subscriber Line Charge is added in, the truth is that Verizon is charging you $16 per month, and not $10.

Most people tell me that they’d be fine paying $16 for a phone line if that’s what it cost and that’s what they were told it costs. Verizon and the other phone companies know this. So why don’t they just charge you $16?

Because they can’t. The amount the phone companies charge for “phone service” is still tightly regulated, generally at the state level and sometimes at an even lower level than that. The reality is that even though phone companies might wish to simplify this by raising their prices and might be OK forgoing the Federal Subscriber Line Charge in exchange, there is no such exchange possible; they’d have to get each state to allow them to raise their price for the phone line, and then give up federally-allowed money to compensate.

Not gonna happen. Probably not ever.

Business Change is a glorious thing, don’t you think?

There’s no way the employee can waive it. All the comments about how they can provide retention offers (“standard”, or otherwise) are 100% correct. But they cannot waive it.

In fact, the CEO couldn’t waive it. The Board of Directors couldn’t waive it. Any of these people might WISH they could, and certainly the CEO or the board could begin the process of effecting change so that it eventually went away altogether (HA!), but the sad truth is that at a company like AT&T, the computer systems simply aren’t set up in a way that it’s POSSIBLE to waive charges.

Cynically, one could say this is by design . . . and that would probably be right. Regardless of the reason, though, it just plain isn’t possible.