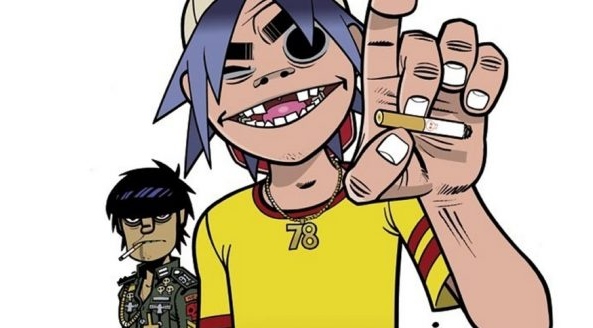 How can The Gorillaz be part of the evil that is the iPad? By using everybody’s favorite tablet computer well, and  then watching their music label and bad writing make them look bad.

Gizmodo, one of those incredibly popular technology blogs that has supplanted old-school newspapers and magazines as the place where geeks get their information, reported last week that you could Download the Gorillaz’s New iPad-Only Album.

If you follow that link, you’ll see an article that’s just a bit too hard to make any sense out of, and a litany of comments saying so. The album, it turns out, was recorded on an iPad, but it isn’t downloadable, on an iPad or otherwise, although you can listen to it on the Gorillaz’ music label’s web site after giving them a bunch of your personal information.

Just about everything about this is wrong.

Let’s repeat: the idea that content would ever be iPad-only makes my skin crawl, and it should bother you, too. Imagine being told that you had to buy a particular brand of television if you wanted to see a popular program. Get it? Bad, bad, bad!

Fortunately, this turns out not to be an example of iPad dominance; it merely shows off how cool the iPad can be as a tool. What it also shows off it that Gizmodo is hiring bad writers, and/or is more concerned with its traffic and search engine optimization success than with journalism. Which equals not only the kind of thing that gives SEO Consultants in particular and search engine optimization in general a bad name but really bad customer service.

It raises the whole journalism versus blogging debate again. But remember that Gizmodo operates like a “real journalism” vehicle. Supposedly good writers work there, churning out stories in exchange for a salary.

Like I said, everything about this is wrong. Bad customer service, bad use of search engine optimization, bad business change.

Oh, and honestly, the iPad-produced sound quality was pretty bad, too. Gorillaz, indeed.