As often as I discuss the relationship between perception and reality, there are few issues that display the importance of paying attention to the way your customers see you and behave better than speed. Now, we have a new measurement that you can use to gauge the impact speed has on your business.

With its sensational “How One Second Could Cost Amazon $1.6 Billion in Sales” title, this article got my attention. It referenced one small part of this research, as reported at Mashable: 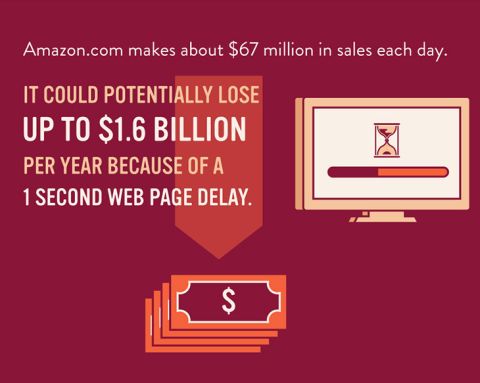 The research is circuitous, and I’m honestly not sure where the math came from. In fact, the “research” is flawed by simple virtue of the length of time over which the disparate pieces of it were pulled together: 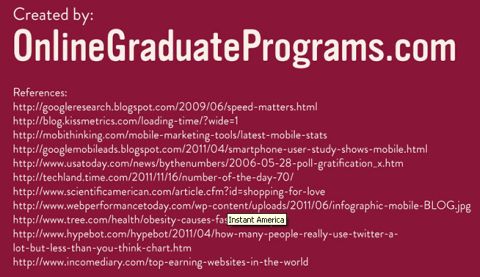 But the point, bad research habits notwithstanding, is valid. We’re becoming less and less inclined to wait around for things we perceive as too slow.

I’ve warned you before about paying attention to speed. Lately, that conversation has tended to run to the speed of your website and how Google will penalize you if it’s too slow. It’s one relatively small variable effecting your search engine optimization, but make no mistake; speed matters. It’s one of the reasons we redesigned Answer Guy Central.

But speed plays a part in many aspects of your business operations, business process, and business change. I’ve told the story of PrintCache for decades, although it’s shown up here only once. Take a look at that link; the basic story is that when, circa 1990, I told my clients that they needed to spend $150 to put a copy of PrintCache on each computer they owned the initial  “are you kidding!!?” reaction was easy to get past. I just pulled out a study that cited the average human’s attention span as being approximately .3 seconds.

Statistics and research are powerful things, even when they’re flawed. Reality, it seems, can be altered just by tweaking perception. Google did it themselves when they released this information a while back (also cited in the study I mentioned above): 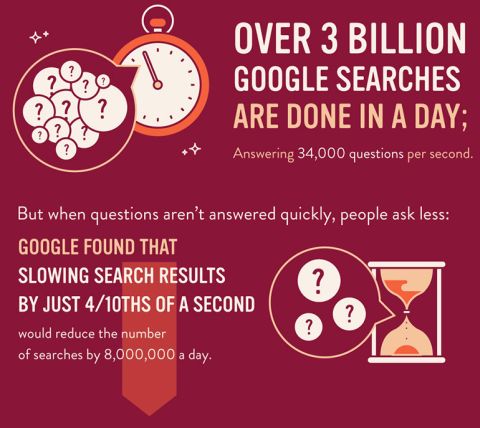 Slowing results (which come after a search is conducted) will reduce the number of searches? Think about that for a moment. Slowing results will reduce the number of people who hang around waiting for those results and then act on them (the place where Google earns revenue), but  . . . that’s it. The conclusions are flawed, and now years later are being quoted and re-quoted, once again altering reality by tweaking perception . . . incorrectly.

The conclusions of the PrintCache study are real. Yes, people do lose attention very quickly, and I accept that “.3 of a second” thing despite it feeling more like laboratory research than something that matters in the real world. But while the workers I was molding the habits of were getting distracted waiting for print jobs to complete, it’s possible they moved on to other tasks instead of becoming frozen and unproductive.

Perception: Older Workers Cost More. Reality: they also know more. REAL REALITY: you’re responsible for interpreting all the information the Internet puts at your fingers for yourself.

And when all else fails, take a cue from Google: Ignore Your Own Rules.