Giving a Lecture? People Would Rather Have Conversations 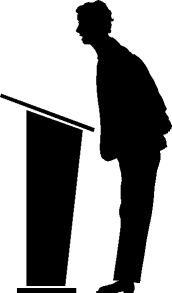 I know a little bit about communication. One of the things I know is that I speak in a way that is often described as “professorial”. I don’t do this on purpose, by the way; it’s just what comes out of me.

There was a time when that skill came in handy. Once upon a time I did a lot of public speaking and taught classes on real-world technology use and (separately) the need for “managing up”. That skill can be useful for lots of people, but managing up requires some tact; it turns out that not everyone is so keen on this two-way communication thing.

Jeff Jarvis, a well-respected guy among journalists and other communicators, shares a story about a lecture he gave recently. He phrases things in a way that got my attention, and the bottom line to his story is that while he thought he was there to talk, the lecture turned into more of a large-scale round-table. So much for “experts”!

This is what social media is all about, really; we all want to be heard, and if you’re a content creator and don’t invite people to communicate back—and then take the time to engage them when they do—you’re in trouble. I talked about this a couple of years ago when a writer at The Huffington Post went so far as to tell me she had no interest in her reader’s comments (!), and more recently engaged with Inc. Magazine blogger Jeff Haden on how he uses Twitter.

Jeff Jarvis “gets it”. People who have big enough soap boxes to speak to lots of people need to also have the common sense to listen to what their audiences have to say. That’s social media, social networking, or if you prefer, fill in a title of your choosing. And it’s a business change that’s driving the world today.

And not that I believe my soapbox is large enough to do this, but have you noticed that on the day after I eviscerated Google for Dumbing down the Nexus 7 by disabling Google Talk and Voice, Google Talk is not working, at all?