Why Kickstarter is Real Business Change: There’s No Contract 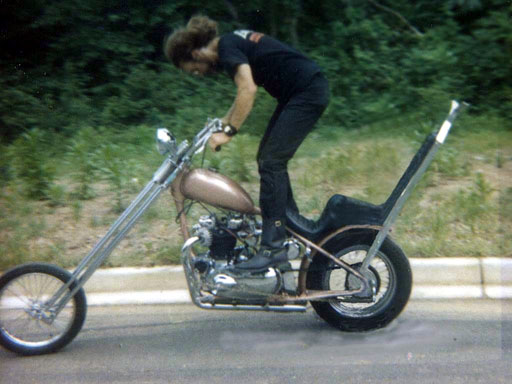 This week, an interesting piece got posted at NPR. The question it addressed was this one:

When A Kickstarter Campaign Fails, Does Anyone Get The(ir) Money Back?

Kickstarter has a response to that question, and while you can read it, I’ll sum it up neatly—or perhaps not—by quoting from TechCrunch’s commentary on the matter: “We Take Accountability Very Seriously”.

The kids at Project Kickstarter (and yes, I said “kids”; if the Kickstarter dudes wish to call me out on that, I’m right here) are taking a simple position: we have rules, we publish them clearly, and if you play in our sandbox we expect you to follow them. Fair enough. Unless you understand anything about contracts.

Contracts are designed to govern the behavior of the parties who enter into them. In worst-cases, these parties disagree about whether each has fulfilled their obligations, can’t come to terms, and end up in court rooms hoping that the judge or jury their case is before will side with them. And of course once someone “wins” there’s the matter of collecting the damages they’re awarded.

In other words, contracts are just a guideline for behavior, and their value depends on all parties wishing to create win/win scenarios and honor their commitments. Kickstarter is saying—and OK, I “agree” with this—that they aren’t parties to the contracts being created at the Kickstarter site/through Kickstarter involvement. And of course they want to take that position; otherwise, everyone at Kickstarter and every dollar Kickstarter ever earns would be tied up fighting lawsuits.

By the way, this is the bottom line in many business decisions.

What’s most interesting about this issue is that Kickstarter-funded companies procure their funding by offering gift-like incentives rather than cash paybacks or stock, and that if you could assign a value to those gifts there’s no way to issue in-kind refunds. Kickstarter, in short, is cute, and cool, but despite being real business change rarely has anything to do with “real businesses”.

I think Kickstarter is great. It enables a lot of small projects to get bigger. Occasionally Kickstarter helps fund ideas that have the potential to become “real businesses”. But it’s important to remember that no matter how much buzz an idea gets, it isn’t “real” unless it either follows all the rules or creates new ones.

Looking at those two points I mentioned a moment ago, the gift-like issue is one that Kickstarter is clear on, and while they would do well to define “value” of the contributions Kickstarter participants seek more clearly, things are probably sufficient, as-is. But that still leaves the question of how “refunds” get processed.

Remember that when you contribute to a Kickstarter project you do so using a credit card—or at least some account that gets processed as though it was one. That means that there are rules governing refunds. And Kickstarter points out that after sixty days issuing a refund of a credit card charge is difficult unless the party issuing that refund really, really wants to issue it. So difficult, in fact, that if the refunds are “small”, it will cost more to issue them than the value of the refunds, themselves. Not reasonable.

Once we get to discussions of what’s “reasonable”, we find ourselves in positions that no contract can account for. So you know what’s reasonable? When you make a contribution to a project on Kickstarter, you should realize that you’re giving a gift. Period. Gifts don’t have refund policies.

Contracts can change if new ideas are introduced. Sometimes, what you think is real is just . . . different, and what’s different is hard to account for. Just ask Mark Cuban.

Want to talk about your Internet business and Intellectual Property contracts? Contact me here.