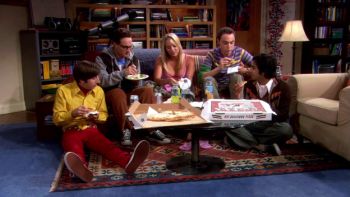 But what if you had to pay to watch The Big Bang Theory? Would you?

This weekend I came across a piece at The Atlantic, putting forth the position that unbundling cable television, or more specifically putting the various cable channels and their viewers in a position where they do business directly could actually cost those viewers more than they pay now for the bundles of mostly-unwatched cable TV channels most of us pay to receive.

Overall, the argument makes sense; TV Networks like ESPN make so much money from license agreements with cable and satellite carriers forcing people who never watch them to pay for them anyway that if that revenue was taken away they’d need to find ways to replace it—and it would be the people who chose to do business with them left holding the bag.

I’m dating myself, of course, but I remember the days when we had exactly seven television channels—and only that many because I was born in New York City. Elsewhere, the number of programming choices was even smaller. Reception was spotty, and the only two colors our fancy new color TVs could be reliably expected to display were pink and green.

But it was free. The thought of paying for television never crossed our minds, because those seven channels were delivered over the air and (let’s face it; we didn’t even know this part) the companies transmitting them had agreed then—and still have these agreements—to deliver them for free in exchange for license to use the airwaves.

Business Changes. And as more and more entities enter the game, those entities need to find ways to get paid for their work.

Cable and satellite companies get paid to deliver a better signal than is available over the air, and more choices. They spend fortunes of money laying the infrastructure in place to make that possible, and they pay the content creators and aggregators for the right to put that content into their pipelines.

But again, what if you don’t watch sports? Should you have to subsidize the activities of people who do? I mean, people who watch movies on HBO pay for that right, themselves, right?

If the formula under consideration is that ESPN and companies like it need to have the same revenue flow to them regardless of who sends it their way, then the article in the Atlantic is correct; you’re going to pay more. But so what? You won’t pay for all the channels you don’t care about. Maybe if you had to pay $50 per month for a big bucket of sports channels but sports was all you were interested in you’d be OK with that; after all, it’s less than the $80-plus that the bundle costs.

But even that isn’t the issue.

The issue is that business changes, and businesses find ways to adapt to those changes—often after fighting it as hard as they can, first. But the smartest businesses and business-people see change coming and adapt proactively. Neil Young and Elvis Costello understand music piracy. Venture capitalist extraordinaire Fred Wilson pirates movies. And Louis CK is . . . just plain brilliant.