It All Comes Down To Marketing (Why Can’t Sally Negotiate?) 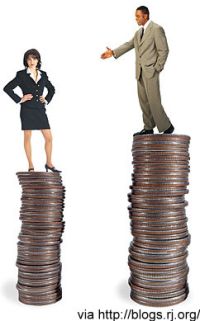 If you know me, or read my words here with any regularity, you know that I tend to say what’s on my mind. Political Correctness leaves me cold, and I truly believe that we’ve become far too genteel a society—or at least spend too much time pretending we have.

By “we” I mostly mean Americans. But I also mean “internet users”, which probably sounds funny since the Internet often feels like way too much of the opposite. People say whatever pops into their heads, and the level of public vitriol is sometimes so high it’s hard to imagine how the ‘net keeps running at all.

Even so, and even as voluminous ridiculous strings of words that pass as opinion get thrown around and represented to be fact, I see an environment where we’ve become afraid to say much of anything. This might be because we’ve learned to filter the constant stream of advertising messages we’re bombarded with both on-line and elsewhere; as an example, think of how useful on-line restaurant reviews could be—if they could be trusted. So we just . . . shut up.

The guys at Freakonomics are at it again. Yesterday, they picked up the torch for women getting equal pay, which of course is both the “right” thing and in the USA, the law. What they pointed out, though, in typical Freakonomics style, is that very few things just happen. The mere mention of salary being negotiable caused women to negotiate for better pay. But, absent that specific mention, women tend not to try.

Meaning, of course, that a seemingly obvious word like “equal” doesn’t mean anything until you assign the meaning you’re after.

And make no mistake, it’s you who assigns the meanings.

We learned what “Election Day Statistics” means, this week. “Jobs for the Homeless” was redefined earlier this year. “Computing Devices” are in the process of morphing, to the point that The Google Chromebook is almost the only computer you need. And all of those things change because people make them change and are willing to talk about it.

That’s Marketing. That’s Influency*. That’s what we do here. Even when we have to say things that may be unpopular.

Freakonomics covered ground we covered last March, when I said that Women Don’t Have an Equal Pay Problem. The guys there tend to say unpopular things—and I tend to agree with them.

And getting past the political correctness that hold up so many people is the way you make business change happen.