Verizon FIOS has a new plan for Media Influency 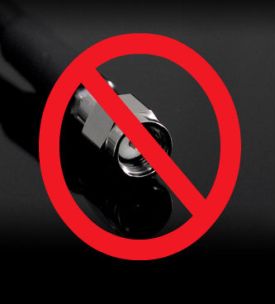 We’re always looking for new forms of Influency and new ways to create business change. In fact, so is everyone, including huge media companies like Verizon.

Yes, I just called Verizon a media company. That’s a business change for sure, and historically not the way the behemoth is referred to, but it’s apt. Verizon wants to be your one source for media and media delivery and they’re trying something new.

Something huge. Something that will help Verizon tremendously and their customers in a lesser way. In fact it’s possible that it could actually hurt Verizon customers, but this one is going to take some time to play out so … think about this:

If Verizon gets their way, television channel bundling is about to become a thing of the past.

According to this article in The Wall Street Journal, Verizon has begun negotiations with media providers to make every channel a pay channel. But unlike the way things have worked in the television distribution business for decades, this isn’t a “bundles versus premium content” conversation. Verizon is proposing that they pay content companies only when subscribers to Verizon FIOS actually watch a channel.

Will this lower your cable or satellite television bill? Actually, no—or at least not yet. Verizon isn’t suggesting that if they pay less you’ll pay less. What they’re saying is that they should pay less right now, and maybe, just maybe, savings will trickle down to the consumer eventually.

It’s difficult to imagine circumstances under which content and media providers will see this as a good idea. Although, with the idea of channel unbundling now looking like it’s getting closer to reality maybe the alternative Verizon is offering has some place; perhaps Verizon will pay a reduced bundling fee and the content companies will benefit from the lure of potential pay-per-view or bill-per-cycle revenue. But mostly, this story serves as a reminder that in content and media, like all businesses, renegotiation can happen at any time.

Greed and profit issues notwithstanding, when this stuff all washes out we need to remember that media is a business and companies that produce media are trying to be profitable just like anyone else. That goes for media distributors, too. What’s being missed by companies that dig in their heels in the face of looming business change is that it’s a strategy that rarely works—not even for ‘the big guys’. Even Verizon, a big guy if ever there was one, is figuring this out.

Media and content are becoming ever more important in the business landscape. The question, as we tell our clients that it’s time to produce video, is how you’re going to manage the change.

You can start by contacting me, here.