In Customer Service, When Can You Say “No” ? 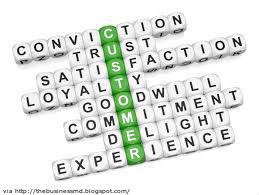 In fact, you can even say no to customers “just because you say so”, if you aren’t too worried about the breakdown in influency that will invariably result, or under the right circumstances, such as those that exist between Answer Guy Central and the folks at Headway Themes. Headway sells something very specific, very good, and that isn’t at all a commodity (unlike, say, web hosting). I recommend Headway, highly.

Let’s zero in on the point:

Customer service is the most important thing you can do well if you want to grow your business and your influency. I’m not paying lip service to an ideal. I’m not ranting today, although what I’m about to add about Headway might seem like I have a bone to pick—I don’t—I love Headway, and they really do deliver something amazing, unique, and “priced right”. But you need to recognize where you sit in your customers’ eyes, because you need to do customer service, and do it right. JetBlue does Virgin America does not. Livefyre does. Hostgator tries to.

Now, that Headway story and where Influency can get left on the table.

Headway is an amazing WordPress add-on. The simplest way I can describe Headway is that it lets you pretty much draw the layout you want your WordPress-based website to have, and change it as often as you like with very little reprogramming. This is a big deal.

But Headway goes only so far, at which point you’re going to need to either get your hands dirty in the code of your website, or add extra pieces to Headway. Or both. Almost certainly both.

Of course, you can always just Hire The Answer Guy. But I digress.

Headway sells these add-on pieces of software. They own some, they allow others to sell their code in the Headway store, and they have some relationships with programmers who either started at Headway and then moved out on their own, or started writing extra stuff for Headway and then joined the company. But no matter who wrote the code, you can (and I have) bought it directly from Headway.

In fact, I’ve bought code from Headway during sales Headway runs on their code and the same discounts available on Headway itself and Headway-owned add-ons get applied to the third-party stuff. In other words, it feels very much like you’re buying ‘from’ Headway, all the time.

Despite all of that, the CEO of Headway doesn’t see things the way I do.

A few months ago, I asked for help with an add-on I had bought from Headway. The response I received was essentially “not our responsibility”. Fair enough; I found the developer of the add-on, and received the help I was looking for.

But I didn’t like the way Headway’s head honcho had told me he wouldn’t help me, and said so. I pointed out that I had bought the software from Headway, at the Headway website, and that I saw Headway’s position as the same thing as walking into a store to buy something, having a problem, and being told that if I wanted help I could ONLY go to the manufacturer.

I gave credence to ideas like consumer products with big stickers on them reading “please do not return to store; contact the manufacturer”, and that this wasn’t like that.

I spoke about the model we’ve all gotten used to in software:  whoever sold it supports it. If you buy a computer pre-loaded with (for example) Microsoft Windows, the deal that Microsoft has made with the computer manufacturer is always that the manufacturer supports it. I went further. I pointed out that Headway wasn’t merely selling or recommending the software, but explicitly saying that it would plug into their software correctly and that since my relationship with the third party software vendor was 100% predicated on my preexisting relationship with Headway,  I believed that Headway should want to help solve problems.

I expressed my admiration for Headway and what he was building. I pointed out that globally as well as a guy who helps companies get their customer service house in order it simply isn’t ever acceptable to stand behind “not invented here” as a customer service or communications strategy. Never. NOT EVER.

On the other hand, I’m part of that Headway developer community. And we’re a Headway affiliate; if you buy Headway through this link, we get a commission.

It’s all context. Influency always is. Customer Service isn’t if you believe “the customer is always right”, but it is, otherwise.

Headway’s Mr. Griffiths doesn’t have to take my free advice, and that’s OK. But unless you’re in a position like Headway’s where you can just make up the rules as you go (and I promise that you are not—and honestly, neither is Headway), please, please, please take customer service seriously.