When Are You Too Old To Be a Programmer? 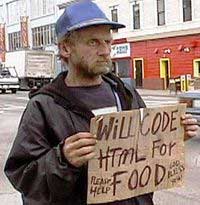 When are you too old to be a programmer?

As an old guy, my perspective is skewed. That’s OK; all of our perspectives on all issues are skewed by who we are. But is there an answer that ‘makes sense’?

According to a new study, older people might actually make better programmers than younger ones. This is a seismic shift in the way the topic has long been discussed, and in conflict with something I asked about a few years ago; might older people be too set in their ways to use SmartPhones?

Or, it makes perfect sense and the only question is what took us so long to figure it out?

Often, achieving Influency is about seeing what’s changing and acting on that. As I said, I’m more inclined to believe in the innate intelligence of older people versus the kind of smarts most younger people have, right up to the point where I’m OK asking so politically incorrect a question as whether Armando Kirwin is even old enough to deserve an opinion on the business he believes himself to be an expert at.

As Influency seekers, let’s take this study seriously. And let’s add to it the likelihood that older employees might know not only more stuff, but more people—and that can be an Influency booster, too.

Of course, that still leaves the issue of older programmers, as in most fields, costing more than younger ones.

Influency lesson 101: Don’t be a sheep. More on that, tomorrow …