Mailing a Letter/Dry Cleaning? On The ‘Net, Which is Harder? 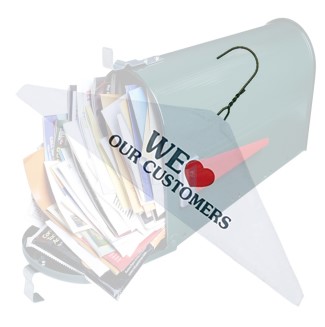 Ever tried to stuff a clothes hanger into your mailbox? It doesn’t even matter if your mailbox is empty; that sucker won’t fit. And you’re unlikely to get it into an e-mail, either.

Yesterday I came across this story about a teenager who didn’t know how to mail a letter. And while, despite the author being a bad teacher and coming off as really condescending—as the majority of the comments point out—the point he made was a good one: things that used to be obvious are getting lost. This is because when our lives and the way we design things change they need to make sense. And sometimes ‘making sense’ includes maintaining intelligent and meaningful links to old paradigms.

I add dry cleaning to this conversation because I remember one of my kids responding to “did you pick up your suit for graduation tonight?” with “I thought it would just show up here”. And while at the time I thought it amazing that an 18-year-old wouldn’t have known better, the truth is that until you teach a fact or model a behavior you have nobody to blame for things not going the way you expect them to. Except yourself.

Design is like that. ‘Just one part’ of Influency*,  it’s probably the most important one—and definitely the most difficult. Development is easy. So’s Optimization. Both are about following rules and paths that, one defined, can be made to work using tools or knowledge or some combination of those. Media and other forms of Content are harder, but still the outcome of specific expertise. But design is subjective. All the time. Remember that perception is reality, and design starts to look pretty much like an impossibility.

Like the young person who’s never mailed a letter or picked up his dry cleaning, your clients are dumber than you. Or you’ll think they are if you don’t pay close attention to what they know and what they need to know. That’s YOU paying attention. Even something as simple as rotating a picture is hard if you’ve never done it or if anything about how it gets done changes.

That’s the Design part of Influency. And when you do it right, design can actually make things fun. Even things like climbing stairs.

Need help designing your stairs, or teaching your clients how to do something you thought was simple? Say hello.