Grow a Pair (I’m Looking at YOU, Mark Schaefer) 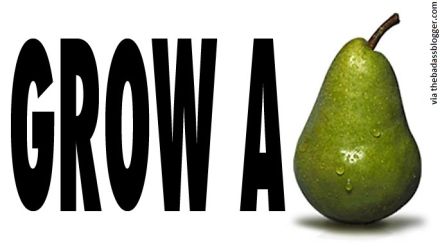 In our increasingly interconnected world, you’d better be working on your Influency.  For years, one of the methods I’ve espoused for growing the ways in which you touch a wider community has been through coopetition, where you stop looking at others as competition and instead see (almost) everyone (almost) all the time as an extension of how you interact with the world. This is an unconventional thought, for sure, but it’s becoming more and more critical—and more and more accepted.

And doing this coopetition thing requires that you Grow a Pair.

I’m not trying to go all guru on you. I’m not Tony Robbins. To start with, he’s way taller than me. What I’m saying is simpler, and easier to make happen than anything Tony Robbins says:

This morning, for the fourth time, a marketing guy named Mark Schaefer failed to post a comment I made at his web site. Now, we’re in the marketing business, just as Mark Schaefer is, but Mark Schaefer sells different services to different types of customers than we do at Answer Guy Central; we’re simply not competitors. And again … in most regards it wouldn’t matter if we were. But as you can see, as of this moment there are 53 approved comments against this post on Mark Schaefer’s blog, and if Mark doesn’t delete it completely then by following this link you’ll get to the comment I posted, awaiting moderation since a time when there were just 15 comments. Followup, December 19 2013: Mr. Schaefer has deleted the comment.

As I said, Mark’s chosen to omit my comments from his stream before, and his rationale was that I was posting things that were too self-promotional to be of any value to his community. I haven’t asked; I presume that was Mr. Schaefer’s rationale today, as well. But the argument simply doesn’t hold water.

You’ll note, aside from the fact that I’m linking to Schaefer’s web site in fearless practice of the cooperative behavior I’m writing about today, that the topic being discussed there is Hubspot. I know, because I checked while researching my comment, (you read that right; I said researching my comment) that I’ve written here about Hubspot approximately fourteen times. And while that sounds like a lot, take a look at a current map of topics we discuss here and you’ll see that Hubspot doesn’t even show up: 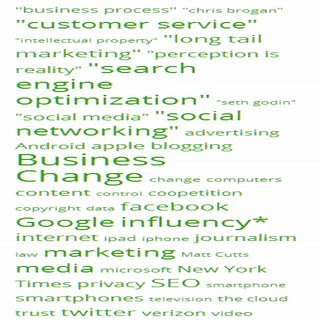 Here then is my thus-far-missing comment about Hubspot from Mark Schaefer’s web site:

Every word you see there is true. It’s an on-topic comment. And I prefaced what I wrote with an apology to Mark Schaefer for the upcoming looks-like-self-promotion-but-that’s-really-a-necessary-side-effect-of-making-my-point-about-competing-with-Hubspot story.

Is Mark Schaefer afraid of Jeff Yablon? I can’t imagine that to be so. Is Mark Schaefer obligated to do things the way Jeff Yablon recommends? Of course not. But does it make any sense whatsoever for a person who not only has embraced the idea of social networking but writes, speaks and consults on it to practice something diametrically opposed to that which he preaches? No way.

None of which should be viewed as an attack on what Mark Schaefer does bring to the table. However, it speaks volumes to what people with less clout than Mark Schaefer need to do if they wish to succeed in the social media-fied business environment we’re now working in.

Social only works if its truly social. The moment you put up barriers to people with something to say—even if they have agendas that go beyond cocktail party inanity—interacting with you or your community, you may as well stop, or your efforts will be wasted. The goal of marketing in 2014 is inclusion. Mark Schaefer: if you’re listening, you’re too smart to be just another C|Net or Gizmodo. THEY might as well be Hubspot. Time to Grow a Pair, Mark.

Want to talk about the right way to handle your Influency and Social Media efforts? It’s why I’m here.