This morning, I searched Google Images for the phrase ‘self-promotion optimization’. The first three results are what you see above; they’re all books. Each espouses and teaches the same thing: it’s OK to be self-promotional. In fact, being self-promotional is necessary. Unseemly as many people find that, it’s a fact. We all have something to sell, and we all sell it every day; to think otherwise is the height of naïveté.

Two days ago, Matt Cutts released a Google Webmasters Video explaining something new. Google now has an official position on advertorials. Advertorials are a fact of life, and Google accepts that, but if you write about and link to the item you’re promoting Google believes you’re responsible for telling people who read your advertorial that you were compensated for producing it.

At this point regular readers are probably asking themselves whether I’ve talked about this recently, and I have. It was also just two days ago that I pointed you at a very specific point in a Matt Cutts video from a while back, addressing the advertorial question. When Matt Cutts published this video just a few hours later and the people who track search stuff noticed and started talking about it, I saw an opportunity for self promotion and jumped on it.

Which is my job. I do it for Answer Guy Central, and I do it for our clients. Call that marketing if you like (long-tail marketing if you prefer). Think of it as one more form of content optimization or a component of Search Engine Optimization. It’s what we do here, and it’s what you need to be doing if you want people to find you. I make no apologies for it, and neither should you.

There are, unsurprisingly, people who disagree. Until yesterday, my favorite and most-cited example of that was the C|Net Editor who was angry that I was linking comments I made at C|Net back to Answer Guy Central. Which, by the way, I did again for yesterday’s post, to great effect: 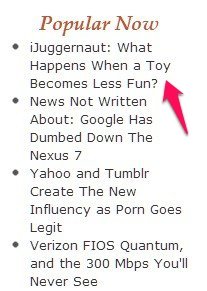 But now I have a new favorite.

When I noticed that Matt Cutts had written specifically about the idea of linking and advertorials a couple of weeks after discussing the idea in passing and, just a few hours after I had spoken about the subject and referred to his earlier work, I got excited and did some self-promotion of that influency nugget in a webmaster forum topic talking about the Cutts advertorial video at Google. A couple of people took exception to me doing so. One criticized the quality of the piece from two days back and the other called me naïve. Taste being subjective, I have no meaningful response to the person who didn’t like what I had written. But I very much have a response for the person who thought my self-promotional effort naïve. I know Matt keeps an eye on what I say (as he does on what many search optimization consultants say, because that’s his job), and yes, I believe Mr Cutts saw what I wrote and responded. Maybe he was already planning that piece, but I believe that the timing wasn’t mere coincidence.

And that’s Influency, friends. You speak when you speak, you don’t when you don’t, and you keep on doing it. Wash, rinse, repeat. It’s how business gets done. Brian Halligan, the CEO of Hubspot, does it. I do it. YOU should be doing it, or hiring The Answer Guy to do it for you.

And yes, I’m doing it again, here. And I’m taking the opportunity to re-link to some old content that I want you to find and by extension want Google to notice again. Why would I mention Hubspot? Because we don’t believe in what they do and our long-term, long-tail promotion of our position on Hubspot gets us traffic—and clients. Again, it’s all about Influency. Will everyone like it? No. Will even fewer people “get it”? Almost certainly. But we’re read by tens of thousands of people; something here qualifies as great content.