The Elusive Influency of Introductory Videos 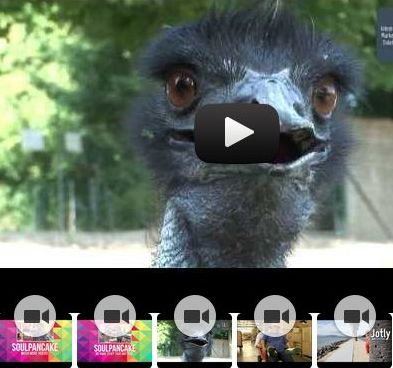 In yesterday’s piece on the pervasiveness of duplicate content I promised you a discussion of the perfect storm in Influency Marketing. Here it is, and it’s all shiny and pretty!

Just as ‘there are too many blogs‘, there are an awful lot of people producing a huge number of videos, and most of them are … bad. But the issue isn’t whether your words or videos are good in some pre-defined vacuum condition; you must produce content, video needs to be part of that formula, and you can’t make Influency happen unless your content works for your target audience.

You do know who that target is, right?

At YouTube, they’ve produced a template video for creating a YouTube ‘channel ad’ video. Here it is. Within that template YouTube promotes the Channel Ad for Rainn Wilson’s Funny-or-Die-Wanna-Be, Soul Pancake. Here’s that Soul Pancake Channel Ad. Literally, YouTube is saying “Ape this, and maybe we’ll promote you”.

We dissected the made-by-a-famous-guy-using-his-famous-friends-and-endorsed-by-the-most-influential-video-purveyor video. We didn’t have famous people in a van to fall back on, but we had stock as well as home-grown footage, a catchy little tune, and the tools to cut together thirty disparate scenes in fifty seconds. The takeaway? Our video isn’t really any better or worse than Soul Pancake’s video because we produced it using a formula. Here’s ours:

But while the formulas were followed and the despite the video being un-painful, why would anyone watch it, unless we’d already managed to get them TO it? That’s the problem with formulaic content creation: there’s nothing to recommend it, and therefore no reason to share it. And that’s the real game that videos of this ilk are playing. No matter how well produced, video only works if it’s either educational or entertaining. And both is preferable. Hello, Washington Post? I’m looking at you.

Video is just one part of the Influency equation, and you can either learn how that equation computes, or let us work the numbers for you. In the meantime, here’s a funny and educational video that follows most, but not all of ‘the formula’. Turns out even Judd Apatow believes in Influency.