The Truth About Intelligence Types 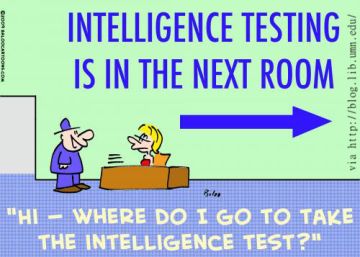 Yesterday I promised you more information about traffic spikes to older stories. Coincidentally, Matt Cutts at Google weighed in on older web content yesterday, as well, when he addressed someone’s concern that old material was getting beaten up in Optimization rankings by newer web sites.

As Cutts pointed out, the question is the opposite of one that gets asked a lot more often and should concern you more—and move you to get serious about your Influency, Optimization, and Content Marketing strategies: older, larger web sites have an advantage over newer, smaller ones. Get Serious about Influency NOW, please.

Let’s move onto that “more information” :

A few days ago we saw a spike in search traffic here for the search phrase smart people vs. mature people. It’s no surprise that we get traffic on the topic, as I’ve written about the difference between older and younger people several times, as well as writing about age, employment, and habits as they relate to aging:

But the issue isn’t really about young versus old or smart versus … less smart. What matters is the meaning of that search query, “smart people vs. mature people”. And sociological and job market issues notwithstanding, the fact that while we’ve never explicitly linked maturity to the issues surrounding the differences between younger people and older people, Google is starting to rank us for the term, in-context. It’s a real-world example of long-tail marketing.

In other words, well-conceived content, old or not, really does attract search traffic.

I’m not saying you should just start shoveling garbage onto your web site; there’s lots of evidence that tactic will not only fail but get you penalized by search engines. Some of that evidence comes from years of watching how search engine optimization works, a bit from our relationship with the Gizmodos, AOLs, and other content farms of the world, and some more from the aforementioned Mr. Cutts saying so. But you absolutely need a content creation and production strategy, or you’ll never see Influency or anything like it.

Make this about business change and search traffic, or about types of intelligence; let’s finish with a paraphrasing of something I told you several years ago: