Changing Business, and Business Process in France, at Amazon 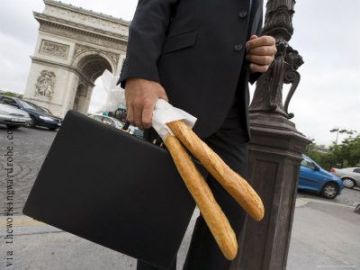 Once upon a time I spent a bunch of time in Europe—mostly, in France. And until I learned a few hard lessons I was astonished by how different things are on the other side of the pond.

France has made strides to  reign in  the Americanized world, and I’ll say here as I believed when I was over there that some of France’s ideas are good. And although it’s been a while, I’ve complimented France on some of the ways they’ve approached the Internet; this was a brilliant solution to music piracy, and France enacted an interesting approach to cross-border taxation issues a few years back.

Bezos and Co., who’ve shown repeatedly how much better they are at this business process/business change thing than just about anyone, have responded to French laws prohibiting   Amazon from offering both discounts and free shipping by offering shipping at the painful price of one cent.

Wow, that one was hard, huh?

“The Internet” has no laws, and we’re entering a phase where we’re seeing repeatedly that—surprise!—companies being attacked by countries and states trying to impose their wills on multinational profit-making entities are smarter than governments and the people that work for them. How much smarter? Subsequent to The US Supreme Court very stupidly ruling Aereo’s entire business model illegal, it took all of two weeks for Aereo to fight back in a truly simple way; if Aereo is to be treated like a cable company, then they have the right to be treated like a cable company.

The lesson is that in a world moving at Internet Speed, nothing stands still. That’s the nature of business change, and the best way to cope is by setting up intelligent business process.