When a Journalist Becomes an Apple Fanboy … 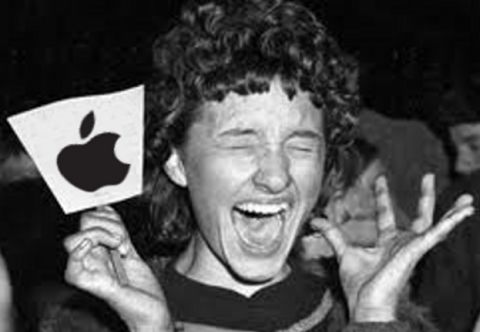 I hate to end a week on a sad note, but today I witnessed a multi-pointed attack on journalism. The attacker was one Galen Gruman, presently an Executive Editor at InfoWorld (is InfoWorld still published?), and my immediate predecessor back in the day as President of The Computer Press Association.

Galen Gruman, a guy who has written many books about all topics Apple, seems to have devolved into an example of what those of us with clearer heads often refer to as “Apple Fanboys”. I don’t even need to explain that term, do I? Love Apple to the point that no matter what they do you squeal in delight? You’re one.

Which is fine, if you want to be an Apple Fanboy, but despite having made a living for several decades suckling at the teat of the evil empire, Galen Gruman is, supposedly, still a journalist. Let’s examine:

Galen published this piece today, over a headline suggesting a complimentary position on the evolution of Android into a serious, business-ready operating system. The article was nothing of the sort, devolving in the very first paragraph into a broad attack on the-phone-operating-system-that-is-not-Apple-Fanboy-approved. I left this comment:

Galen, I’m sorry, but that was a mess.
Ignore the fact, as a couple of the earlier comments pointed out, that you sound like the Apple fanboy your professional history certainly suggests you would be. Seriously ignore that; we all have biases. But right from the multiple contradictions and grammatical errors in paragraph one you set a tone for an article that never improved:
>>Android has soared into popularity, though it’s much less capable than iOS
-No, it certainly isn’t less capable
>>In business, iOS far dominates because of its capability and security
-Again, no. just wrong on the first part even if the second part carries a glimmer of truth
>>You can use an iPad or iPhone safely to do real business work, but not so with an Android tablet or smartphone.
-no again, and you actually hit the salient point later in the piece; Android hasn’t, up until now, had security enabled by default, but you can certainly build security. And let’s not make iOS Cloud security jokes, by the way;by default, that Apple product is a mess.
And then the grammatical:
>>Android has soared into popularity, though it’s much less capable than iOS — among individual users, anyhow
-meaning that Android is popular among individual users, or that it’s less capable FOR them (which itself would then seem to contradict the main theme of the piece; enterprise security and associated suitability of a platform)?
You, my old friend, have been doing this writer stuff for way too long to allow a mess like this out in the wild. Fun blogging, though!

Problem is, I had the nerve to refer back to a piece I wrote here a while back, lamenting the state of journalism. It seems InfoWorld doesn’t believe in attribution (hmmm … another journalistic issue …), because my comment with that link in it was deleted—not even edited, speaking again of journalism, spiked altogether—until I resubmitted it without taking credit.

I’ve lamented the degrading evolutionary arc of journalism many times here and you might think this to be one more rant—and of course at some level that’s exactly correct; I hate that the lines separating professional communicators from amateurs have all but disappeared. But I hate even more that the response of the journalism community to that seems more and more to be “then we’ll grab it back using the same old tricks we’ve always used”. Despite being “safe for work”, InfoWorld only wants my comments if they can control them? Well, at least I got this far. There’s a trend growing among journalists and other would-be content marketers to simply not allow reader comments at all.

Is that about them not caring what you think, or has the immense competitiveness for your attention on the Internet caused what passes for journalism to slip so far that professional writers are now little more than bloggers, afraid to give up any control under any circumstances?

Oddly, the problem goes in both directions. The author of this article at The Daily Beast thinks too FEW people are taking credit as journalists. John Oliver, how dare you deny your journalistic responsibilities?

I’m almost glad that Amazon demigod Jeff Bezos is in the journalism business now. At least journalists at The Washington Post shouldn’t have to worry for too much longer about what their job is.

We’re all content marketers now. Think that sounds like a hard thing to pull off? Stop by for a chat.