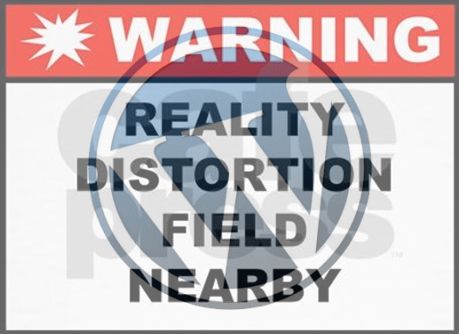 Earlier this week, I told you about changes coming to the website world, via WordPress Calypso. They’re big changes; game-changers, really, changing both your reality and WordPress Reality.

This is not a subject of mere passing interest, of course. We’re about to launch our most ambitious project ever in The Website Helpers, and WordPress is a big part of that. So I’ve been involved in a conversation on the topic at WPTavern, and it’s heating up.

Given the history of our now-dormant The WordPress Helpers, I’ve spent a bit of time at WordPress mouth organ WPTavern; I’ve even been interviewed there. Unsurprisingly, the people who read WPTavern are often quite involved in The WordPress Community, and as they should be, quite concerned about the future of their website platform of choice. My conversation with a couple of those folks is worth paying attention to, mostly because of the impact on business change at WordPress.

Let’s examine a few points that didn’t make it into my earlier piece.

WordPress’ growth is slowing dramatically. While the platform accounts for fully 25% of all web sites, that number has risen by only a bit over one percent during 2015.

This in no way diminishes WordPress’ importance, nor its viability as a website development platform. I’ve been  asked “if not WordPress, then what?”, so let’s call it what it is: Please Keep Using WordPress. It’s certainly the biggest … as in … no-one else is seriously worth considering if size (i.e., potential support channels) is your concern. This makes sense not just in the world of WordPress Reality but any reality; going with the big guy is never “wrong”.

There are many, much smaller players in website development, but none threaten WordPress except in the aggregate

In fact, there are dozens of small players in website development, but the biggest ones hold only about 1% of the market. Their mere presence and the loyalty that people tend to have toward their website platforms renders the likelihood of WordPress ever getting to the 50% market share to which it aspires all but impossible. Add to that the certainty that big guys like Apple, Google and Microsoft are coming, and the picture only gets more bleak.

There’s nothing even remotely restful about REST

WordPress has pinned its growth on two things. There’s a free piece of software called Jetpack that adds a lot of functionality to WordPress websites but that also ties your website to the WordPress mother ship in ways that you may not care for and that benefit WordPress parent Automattic immensely. And now, something called the WordPress REST API is rolling out, which makes it possible to run WordPress without ever actually installing WordPress.

This is where the “WordPress Reality Distortion Field” thing pops up. WordPress has always been made of three things: PHP code, a MySQL database, and the backend that one installs using what Automattic calls “the famous 5 minute install”. REST essentially makes the WordPress back-end unnecessary, although in truth anything that could write to the database always made it so; it was just a lot of work pre-REST.

But with WordPress Calypso as an example of REST out in the wild we’re left with PHP and a MySQL database constructed in a way that is in no way unique and, by nature, not special. Nothing is remotely proprietary and with REST Automattic has lowered the barriers to accessing a WordPress-formatted environment without actually using WordPress to the point that it’s almost trivial.

When we launched The WordPress Helpers I got quite the lesson in how the community works. What I learned that was FASCINATING is that the community—over 99% of whom have no direct stake in WordPress (i.e., Automattic) was ferociously protective of … the whole thing. Fork the .ORG and .COM worlds and there becomes very little reason for that ferocity to persist. In fact, forking how the Automattic and public versions of WordPress work creates a rather large positional chasm. And here that is:

The New WordPress Reality: Automattic is trying to push people to their managed hosting platform.

REST makes WP itself all but obsolete (remember. Calypso is just a Java-based backend to a MySQL database; REST reduces “WordPress” to nothing more than a database schema fronted by any programming language).

To be fair: Calypso is Automattic creating a REST-driven front end to that schema, so if the world flocks to it then with any luck the commercially-driven WordPress entity manages to maintain some control.  It drives people to the hosted platform. But that’s at the expense of the community, isn’t it?

So the platform, now distinct from what’s good for the community is … oh wait, I just said it, didn’t I?

The one rallying cry that remains (like, the ONE) is that Automattic is thus far continuing to talk and act “open source”. My concern is that the phrase has become hollow and deflective of reality.