It Still Takes a Village, 2016 Version 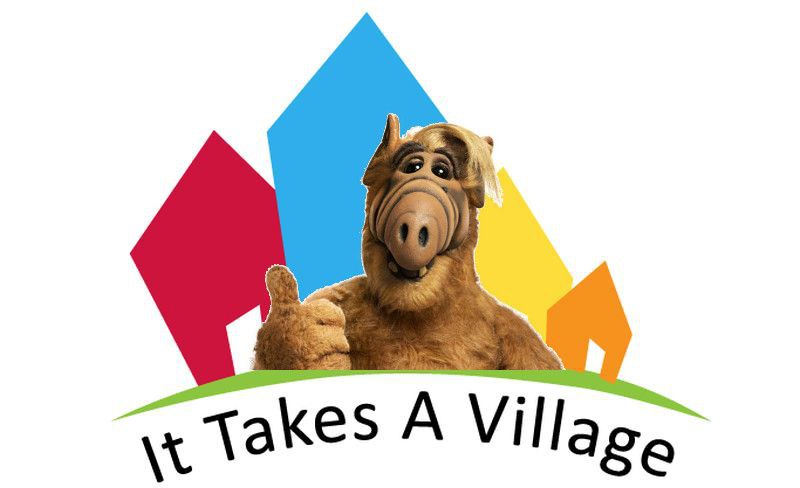 In the United States, we’re about to elect a new President and it looks like that will be Hillary Clinton. This all-but-a-certainty got me thinking about something I wrote here several years ago. Back in 2012 I wrote this piece titled It Takes a Village, giving Ms. Clinton her due, but mostly talking about how difficult my generation had made navigating the world for younger people. And now, in 2016, It Still Takes a Village.

But Hillary Clinton had less to do with me getting on my it still takes a village jag than a conversation I had recently with a very smart young person. How smart is the 20-year-old I’ll refer to as “ALF”? Alf understands what I was shooting at when I said that young people aren’t as smart as older people. Actually, Alf is smarter than most people I know—of any age.

It Still Takes a Village

Let’s make the It Still Takes a Village argument by pulling a few points from 2012’s piece.

1. Very Little is Simple. Even Less is “True”

If Alf knows it, there’s no reason you shouldn’t. Scientists will tell you that you never so much prove a fact as disprove theories that have become fact over time, but without solid enough footing for that to be justified. It usually takes a village to “create facts”, and often it takes a village to return them to reality.

2. Nothing Happens in a Vacuum

You’re trying to create business change. Are you taking all the important data points into consideration—for real? It’s easy to believe you’re considering all the angles when you’re really just looking for “proof” of what you believe.

3. If Village Elders Don’t Teach Them Better, Youngsters Will Waste a Lot of Creative Energy

The conversation I had this weekend with Alf was mostly about how we misuse technology because no-one ever explained how to make it most valuable. We we’re talking about phone calls (Alf is 20 and believes in them!), versus text (it is NOT meant for “I MUST have an answer NOW!”), versus e-mail. If this sounds trivial, take a fresh listen; the right technology used the wrong way is worse than not having technology at all.

4. Change Is a Constant

Pretty much every business is undergoing change … pretty much always. When you think you’re done managing business change, you are. And not in a good way.

My It Still Takes a Village point is pretty simple—and yet, complex. You have a lot on your plate, and that load seems to increase pretty much every day. And it’s likely that some of your villagers are shutting down, not engaged enough, or young, but unlike Alf. You probably have some idea how to pull most of those things together, but likely not all.

Nor is it likely you have the time, even if the members of your village know everything you need them to know.

Looking to add villagers that help you make things move along in the way you need? We happen to have those available, right here.