Tactics for Getting Found, Google Edition 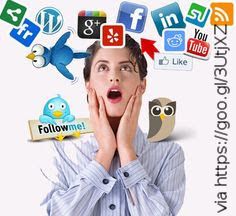 OK, time to ‘fess up: you aren’t giving enough thought to your business’ tactics for getting found, right?

What if I told you that no-one really understands Google’s tactics for getting found?

I’ve said that before. It’s now been over seven years since Google admitted they don’t know how SEO works, and the topic is way more complicated now than it was then. And in large part we’ve moved on from being terribly concerned about SEO. It matters, but good Search Engine Optimization is just one part of a bigger strategy; SEO is no longer a standalone process.

This isn’t about whether you believe in SEO, by the way. And after all this time it’s quite clear that Google will never tell all about search efficacy. The issue is what your tactics for getting found are, and how you decide. Oh: and that you realize that asking Google won’t get you very far.

Tactics for Getting Found, 2017

With our different, evolved view of the right tactics for getting found, we no longer talk about the subject much. But a couple of weeks ago Google’s John Mueller practiced revisionist history when he claimed that Google knows how their search algorithm really works. Uh-huh. it was a mystery in 2010 but it’s clear now?

Color me skeptical. Here’s why:

The point is this: there are no shortcuts when it comes to having tactics for getting found. If you want your on-line marketing to succeed you simply must accept that there’s a lot to making that happen.

You can give up right now, or you can ask for help. The former won’t cut it. Luckily, the latter is easy.