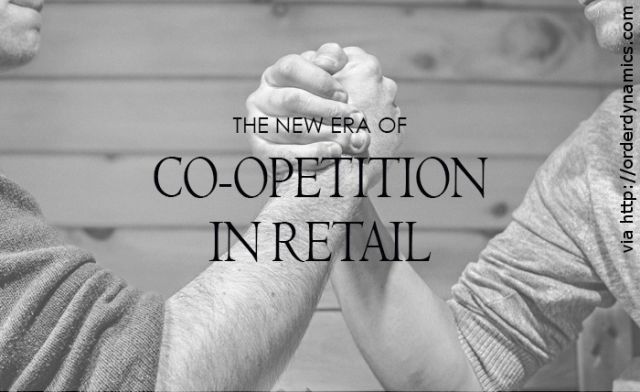 I don’t spend much time in malls.

While that’s a statement many people can make—and an ever-greater number are—it’s natural for me. As a resident of New York City, malls just aren’t an every-day, drive-by-it option. Retail here is not mall-based, but driven by horrifically overpriced boutiques. Uggh.

That could make the idea of coopetition in retail especially difficult to wrap your head around. Conceptually, coopetition has always been a moving target, and we’ve long championed it as a catalyst for business change. But while “stores in a mall” make obvious sense as a form of coopetition, it’s not much of a thing on the streets of the busiest city in America.

But now the mall wants to be the store.

Maybe that’s not exactly correct. But what Simon Malls—the largest mall operator in the United States—is doing now qualifies as business change of the highest order.

Long content to lease space to retail companies on a long-term basis, Simon is getting into the pop-up store business. It’s not out of the goodness of Simon’s cold corporate heart, of course; retail is in deep trouble and Simon believes pop-up is their savior.

If they can find the sweet spot between short-term occupancy and the costs of supporting it, Simon may be on to something. Tenant turnover has always been the most expensive part of being a landlord of any sort, and pop-ups are actually designed to turn over. Retail leases are pretty much always for five years or longer. But the entire retail/mall business model is collapsing, and Simon is doing something. This is business change of a mind-blowing sort.

And it’s going to hurt.

This kind of coopetition in retail sales will take a different kind of work than Simon is accustomed to. It will also add to Simon’s workload in the form of more and more frequent lease negotiations. On the other hand, short-term, smaller-space tenants pay more for space than bigger retail clients. Once Simon figures out how to streamline their new work they could find this a great business change.

And that, as it’s always been here, is the big business change lesson. Business change, whether it’s managing coopetition in retail or whatever is unique to your business challenges is hard. But can pay off when you examine your processes and act.