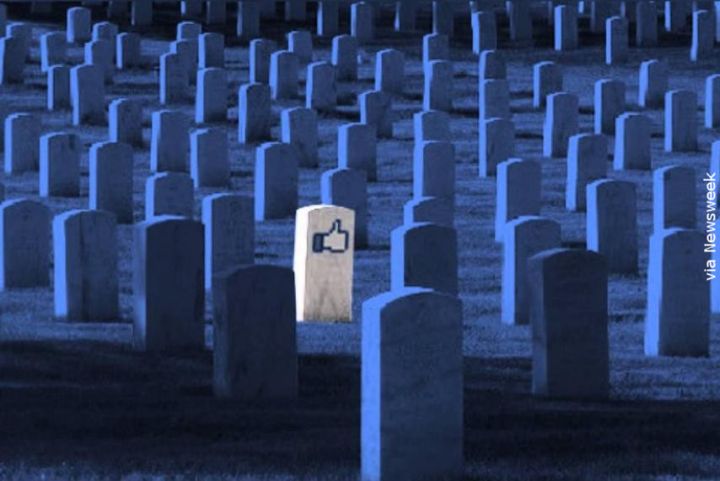 Yes, that sound you hear is your head exploding. But the idea is pretty simple: Facebook thinks Facebook is bad for you because you’re using it wrong. If you get on Facebook more and use it more actively, Facebook will be good for you.

Start here and read backward; we’ve examined social networking and its problems dozens of times. And yes, I’ve talked about Facebook and Death …  and new life. We’ve seen at least one intentionally un-social social network. There’s evidence that social networking makes you stupid. And of course, there’s … the kids.

As much as it pains me, I think I have to agree with Facebook’s position that as bad as Facebook is for you the best solution is to use Facebook more. It applies in life. It applies in business, It applies to the spot where Facebook and death intersect. Yeah, the real best solution would be to drop social networking in favor of more real life stuff, but … well, you know the chance of that.