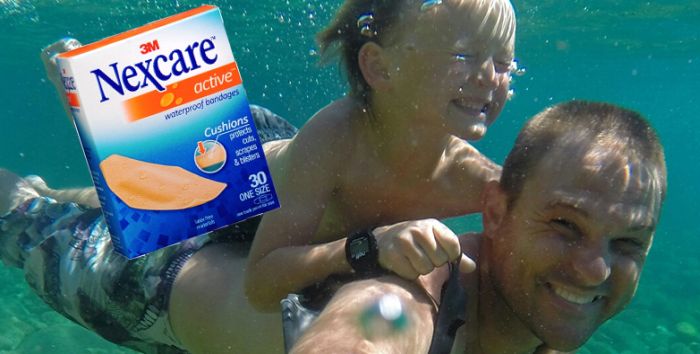 One of my favorite marketing-and-trademark conversations has always been about what happens when a brand becomes generic. Xerox. Kleenex. TIVO. Band-Aid.

What about the rare case where a genericized product actually gets improved upon? Are Nexcare Band-Aids (uggh … see what I did there?) still “Band-Aids” if they’re better than Band-Aids? Let’s talk about Building a Better Band-Aid.

You may have stopped for a beat on that last phrase. “Building a better Band-Aid” is more often expressed in a non-branded way, as “building a better mousetrap”. You know … when it’s a conversation about improved products with generic uses rather than improved-upon generic trademarks.

Despite my fascination with genericized brands, the closest I’ve ever come to discussing the topic here was this story. And change in the music and video entertainment business has come up here more than a few times. There are similarities; most people don’t give a lot of thought to “where they got their music”. They just have it. Band-Aids are in the medicine cabinet, music is on their phone.

This weekend I discovered Nexcare bandages in my medicine cabinet.

I imagine I’ve seen Nexcare bandages in a store, although I don’t remember it. To me, Band-Aids always were actually Band-Aid brand, despite the genericization of the Band-Aid brand. So I bought Band-Aids, or generic store brands. I’ve also noticed decorated Ninja Turtles, Hello Kitty, and other imprinted bandages—and once again, saw them simply as Band-Aids. So these Nexcare bandages … I was actually shocked to find them in my home.

Then I read the box. Nexcare claims to be waterprrof—or at least better at being waterproof. So I asked my partner about them, and she told me she’d bought them because they were all she saw the day she needed Band-Aids.

And then she told me she’s also noticed the water-proof claim that Nexcare trumpets.  Then she confirmed that Nexcare Band-Aids are in fact pretty darned waterproof.

She’s a professional chef. She’s always got knife cuts on her fingers; I believe her. Nexcare would seem to actually be a better Band-Aid.

The question is, what happens after you’re done building a better Band-Aid?

If you turn the question back to the more-commonly-stated “mousetrap”, the answer is … well, I’m not sure. People have built better mousetraps if you believe that trapping a mouse and starving it to death is better than breaking its spine in a spring-loaded trap. And while I have only limited experience in the area I believe that people I know who need to trap mice prefer those “humane” traps. But I couldn’t name any brand of mousetrap and I’ll bet you can’t either.

The Nexcare-is-a-better-BandAid-than-BandAid issue is different. Assuming both brands of Band-Aids are available at your pharmacy or supermarket, you’d probably need to know that Nexcare bandages are “better” before you selected them over Band-Aid brand bandages.

So who’d be nuts enough to try and usurp Band-Aids by building a better Band-Aid? I can think of only two scenarios where it makes sense.

But we’re talking about usurping an established, even genericized brand. How can you possibly be first?

Easier said than done, I know. But do-able. We’ve created new product and service categories for clients … and ourselves. And you can too, if you’re open to the idea of real business change.