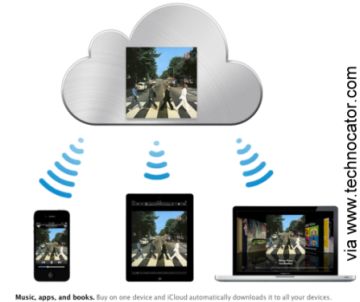 Once upon a time, computer users were either Mac People or PC People. You might think that’s still true, but “back in the day” the debate was contentious and continuous. PC users didn’t so much love Windows as they were used to it, and Mac users were firmly and staunchly pro-Apple for reasons that didn’t hold water, but before we had high-speed Internet differences in things like floppy drive capacity rendered the two platforms all but incompatible. You had to pick a side.

I picked Windows, and because I did I know a lot about computers that as a Macintosh user I would never have learned. That’s where The Computer Answer Guy started. And as I learned more and more, I came to prefer Windows PCs to Apple Macintosh computers for reasons that mattered in what’s turning out to be even more important ways than were in play all those years ago. I know plenty about Macs and we provide computer care across all kinds of computers, but Apple just keeps finding more ways to make me see why I don’t like them.

The story about the woman who couldn’t find her “any key” always makes me think about that, and this morning my mind really started to roll when I saw this story in The New York Times, talking about how the iPhone 5 has started people down a road to having—and paying for—more and more cloud storage.

I don’t know for sure that Apple is doing evil here, but it sure does feel that way. You need to be in the Cloud, for sure, and there’s certainly something to be said for getting all your computing horsepower from one place, so Apple/iPhone people, if iCloud works, go for it.

But Apple is ripping you off unnecessarily.

Last week I was combing through the hard drives of my sister‘s computers. She was an Apple user, and as I’ve mentioned to many Apple users, Macintosh computers are incredibly wasteful about space. You might not care about that if you never run out (and hard drives are so huge today that you might not), and you might like how easy it seems to find “your stuff” when there are multiple copies of everything strewn through your hard drive.

But I was looking to create an archive of my sister’s pictures, and her Mac had what looked like about 8,000 of them, which I copied off to a thumb drive. When I got home and started sorting through them I found out that in reality there were around 3,000 pictures, with lots of duplicates.

An iPhone 5 connected to Apple iCloud, as that story in The Times points out, will upload multiple copies of your files. Again, that might not seem to matter, but because you pay for iCloud storage in relatively small and ever-building increments, you need to manage the way iCloud works.

At which point, the one and only reason to choose iCloud over other cloud solutions goes out the window.

And this doesn’t even account for the fact that because most of us are on metered data plans with our mobile providers, using iCloud in its default configuration can cost you big on bandwidth overages, too.

As I said, I’m not certain Apple is doing the “evil” thing here. I’m pretty sure they’re aware that they’ll profit from you trusting them a bit too much and that feels like evil to me, but maybe this is all just coincidence.

But hey, the company that spent years denying their computers could get viruses and then denied it when there was a Macintosh virus outbreak wouldn’t do that, right? The Apple TV isn’t about control, right? You need those extra pixels in iPad, iPhone andMacBook Retina displays, don’t you?

As our computing devices become more ubiquitous and seem to get easier, it’s turning out that the opposite is true; you need help managing your computing, storage, bandwidth, and communications resources.

And that’s what you’ll get when you contact me here.