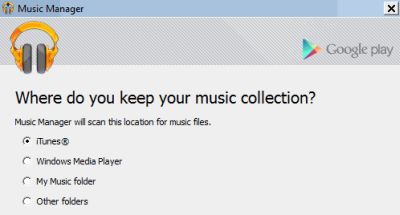 The Influency and Integrated Marketing onion is about to get its layers peeled back. And as complex as the topic of Influency can be, new issues are always popping up.

Yesterday, I was in the car, and because I had left my iPod at home plugged my Galaxy Nexus SmartPhone into the car stereo to listen to music. I wanted to play a particular album, scrolled until I found it, and noticed that Google Play Music showed only four of the album’s nine tracks.

I own all nine tracks. In fact, I own a couple of copies of the physical album, from “back in the day”. And all nine of the tracks are in my iPod, and also stored on Google Play Music. The problem I encountered with Google Play Music yesterday came about because the five missing tracks had been categorized by iTunes as part of a compilation album until I fixed that information a few days ago. And despite a component of Google Play Music called Google Music Manager running on my computer all the time and uploading anything new I put into iTunes to my Play Music account, it never updates anything that’s already stored in my music collection on Google’s servers.

It sounds like I’m ranting about Google Play Music being half-baked, and I sort of am, but stay with me; this really is all about Influency.

Google wants all your music in Google Play, and they completely automate the process. This is great. And remember, Google Music Manager didn’t only upload my files once, but it’s been running in my primary computer for nearly two years, serving no purpose other than to keep uploading anything new I add to iTunes to Google Play Music.

I contacted Google about the problem:

I’ve been a Play Music user since pretty much the day it was released.

I still use iTunes and an iPod in addition to my computer and Android devices, and I’ve encountered a problem.

While I understand that there’s never going to be a match between the playcounts that iTunes and Google Play keeps, the fact that Music Manager periodically scans my iTunes library to upload new music to Google Play suggests that if I make changes in the library, like fixing album names and assignments, those changes would be reflected in Google Play. This is not happening.

Short of deleting everything from Google Play and re-uploading my entire iTunes library every time I do iTunes housekeeping, is there any way to force Google Play to re-examine/index/whatever my music collection?

And I heard back from Google immediately. And as the Google representative and I spoke the conversation turned to the key point: once you’re using Google Music, Google wants, expects, and by the way the process works all but forces you to stop using iTunes altogether.

That would be fine, except I still use my iPod for several reasons.First, it doesn’t consume bandwidth on my mobile plan. Second, it removes the issue of not having good connectivity to even get that bandwidth, and third, the iPod direct audio connector provides better sound than connecting my phone into a stereo using the headphone jack.

None of this, of course, is Google’s concern, and because most people simply adapt without giving much though to issues like those, it’s a business change that Google is smart to take advantage of.

And that’s the point, not because of my rant or this particular example, but because you, as a marketer, have to find those no-decision points to reach your prospects and clients. And it’s when you do that you achieve Influency*.

Marketing, unfortunately, sometimes leads companies to present a version of truth that has little to do with how things work in the real world. It leads to questionable business decisions. And Google . . . ahh, Google . . . is getting better and better at this. The Chromebook is an example. So’s all that “free” storage that comes with it. And let’s be clear about Google’s motives when they provide great tools like Drive.

It’s all about Influency.

And that’s OK, as long as you practice Influency, instead of being merely Influency Roadkill for your competitors.

Want to talk Influency? Me too.