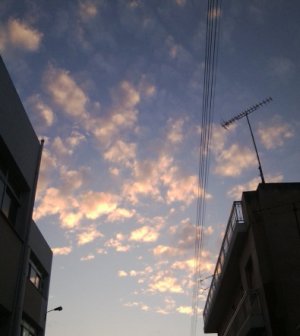 A couple of years ago, I wrote this piece about the fragmentation of Android. It was a problem then and it remains a problem now, although the Android ecosystem has grown and flourished so successfully that Google has no real reason to put resources into addressing Android fragmentation—and we’ve seen what happens to things Google withdraws resources from.

Yesterday, Gizmodo published a story called The Only Fragmentation That Matters, and it got me thinking. While the feels-like-too-many cloud accounts we’re all accumulating isn’t the only fragmentation that matters, it sure might be the most important. And this fragmentation is important both to your own peace-of-mind and digital sanity and to your Influency.

We need a tool like Otixo. It doesn’t necessary need to be free, but it needs to be inexpensive. And we need it because we’re all dropping files in too many places, and then can’t find them.

Or maybe we should all stop using the Dropoxes, SkyDrives, and Google Drives of the world in favor of hosting our own cloud storage via OwnCloud.

It really is a problem, this I-have-storage-everywhere fragmentation, and as I said a moment ago it’s trouble not only because it’s becoming too easy to lose your stuff but because when you do you miss out on Influency opportunities. Where’s My Stuff? I CAN’T REMEMBER, SO HOW CAN I GET YOU THERE? Ah, and as not-exactly-a-side-point, even if I get the location of my stuff under control, keeping it in multiple places reduces optimization. Very un-influence-y.

The problem extends to other, odd places. One of the reasons Google Play doesn’t manage your music library correctly is because with multiple databases stored in disparate, not-always-as-well-connected-as-they-should-be locations, a lot of things that could work, don’t work.

A dull topic? Not to us, and that’s why you Contact the Answer Guy to manage your Influency. That, and because sometimes the idea of simplification can lead you down a path to what feels like anything but a simple place.