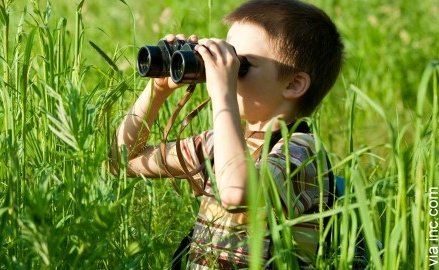 One of the hallmarks of Answer Guy Central, both in terms of what we get done for our clients and how I write the words you find here most days, is that we consider and act on many different variables. In a world becoming both bigger and smaller at the same time—and at breakneck speed—you can’t effect Influency* otherwise; if you aren’t really granularly specialized, you need to always be thinking about how to broaden your horizons.

Remember Think Different? It’s what you need to be willing to do to make Influency happen.

This Influency thing is a tricky business, though. If you get too broad you can lose focus, and people won’t understand you unless they’re of a similar mind. I know that a lot of what I write here can sound rambly, and while that’s by design, it chases lots of people away (it holds Google’s attention, by the way, but that’s another story).

Last week, I wrote a piece about self-promotion. And then, I went out and promoted it. One of the things I did (or, thinks I performed 😉 ) in the course of that self-promotion was drop a link into this thread at stackoverflow. Stackoverflow describes and promotes itself as a language-independent collaboratively edited question and answer site for programmers, which unless you’re a programmer probably doesn’t make a lot of sense. Stackoverflow also describes itself as “a question and answer site for professional and enthusiast programmers”. I’m reproducing that thread here, because I suspect it’s not long for this world:

What you don’t see in this back-and-forth on self-promotion between myself and stackoverflow moderator “shog9” (or Josh Heyer, as he’s known in the real world), is my original comment, which was quite unpopular and which Mr. Heyer removed:

I’m not trying to start a debate about whether Josh Heyer and the eight members of the stackoverflow community who “downvoted” my comment in the course of under an hour were right or wrong, and I certainly don’t argue with anyone’s right to moderate their web sites in whatever manner they see fit. I’m talking about the idea of thinking, and what it means.

I believe I was clear in my comment on self-promotion that self-promotion is OK, and when provided in context, provides context. That context doesn’t need to match your predetermined ideas, and that’s OK, too. So, my own goals for posting at stackoverflow notwithstanding, I look back at stackoverflow’s words on their purpose: stackoverflow is a question and answer site for programmers. Not “about programming”, but “for programmers”. And the context I was providing, self-serving and self-promotional as it was, also matched that purpose. Programmers need not to live in bubbles. Else, their work’s value suffers. Hey, programmers, look! That was an if/then/else statement!

Staying out of self-absorbed bubbles is part of creating Influency. Look. Think. Explore. Act. The kid with the binoculars understands all of that. Insulated programmers? Not so much.

Design, Development, Media, Optimization, and Content have a lot in common, come together to create Influency, and the team at Answer Guy Central is comprised of people with expertise those different areas. But that “come together” part matters as much as the individual, focused components. Shog9, if you’re still listening, consider that free advice.

If you have a broader view of Influency—or want to—it’s time we talk about it. Contact Me Here.