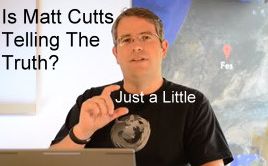 Recently, despite how strongly we believe that Search Engine Optimization is an absolute necessity, we stopped selling SEO as a stand-alone service. I could explain that in detail, but the short explanation is that search and broader optimization have become what must be seen as mere parts of the bigger picture we’ve dubbed Influency*. Search Optimization, simply put, is no longer valuable enough unless combined with other techniques for getting found and establishing your Internet beachhead.

A bit of a brawl has broken out at SERoundtable, where SEO types started debating Google’s Matt Cutts’ statement that  +1’s at Google Plus don’t help with SEO. Many of the people there seem to believe Cutts is lying, with most of the folks who take that position positing, logically, that for Cutts to acknowledge otherwise would encourage SEO practitioners and amateurs in the art to engage in spammy behavior. OK, good point.

But Matt Cutts isn’t lying. He just doesn’t know the answer, because the right questions aren’t being asked any longer.

Several years ago, this issue started taking shape when Google admitted that even it didn’t know what the right way was to do SEO to satisfy its own search algorithm. I’ve addressed the issue here several times, generally with tongue planted in cheek: Google’s Outlawed Paper Boys, it isn’t quite sure what Duplicate Content ‘is’, and my favorite, when Matt Cutts said he thought hidden text would be OK as long as the hidden text took certain forms but not others.

Relative to the +1 issue, and others, in general I prefer to believe Matt, versus NOT believe him. I say this both because knowing Mr. Cutts a bit I feel as though he’s a trustworthy guy trying to do the right things. Because that’s true, I’m willing to chalk this up to one more example of the whole Google simply doesn’t actually know how SEO ‘works’ thing.

Now let’s try to look at the matter literally: it may be true that there’s no specific here’s what we think of +1’s, their volume, or their sources(s) ranking signal in GOOG’s search algorithm (i.e., Matt ‘told the truth’). But it would be naïve to believe that chatter in general, and social in particular—with no comment as to whether Google’s preferred method of doing social is MORE effective than others—doesn’t impact search results.

Once again, though, the point is that Search Engine Optimization as a stand-alone practice is no longer of very much value. What matters is this Influency beast.

And that’s why I’m right here when you’re ready to get serious about being found.