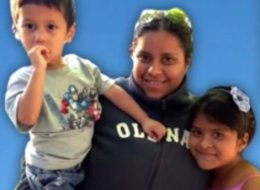 There’s a not-small part of me that dreams about getting off the business change and business Influency treadmill and become an activist of some sort. And while most of what I write here is targeted at and written about smaller businesses, every now and then a large business does something heinous enough that I can’t resist comment. Wal-Mart firing employees and hiring them back to save money and skirt worker protection laws? Despicable. For that matter, Wal-Mart replacing paychecks with fee-loaded debit cards wasn’t so cool, either.

Today, let’s talk about a problem that looks like a big company is creating it, but … it’s actually a smaller company being the business change bad guy.

Among the many “who’s fault is that, anyway?” issues that are getting more media attention than usual during the implementation of Obamacare Health Care Reform is how businesses are responding by shifting the cost of benefits they once paid for to the government. Wal-Mart has done this unabashedly for years, catching a lot of flack for something that sounds awful but at the end of the day is a matter of knowing how the system works, and working it.

Now a story has surfaced accusing McDonald’s of callous behavior toward ‘their’ underpaid workers. And I’ll say, beyond any question, that people like Nancy Salgado should be paid more—probably a lot more. And sadly, it probably won’t happen until our government takes action they are lobbied every day not to take.

But other than having mixed policies about who they feel responsible for and toward, McDonald’s isn’t at fault here. Nancy Salgado doesn’t work for McDonald’s, she works for a company that owns and operates McDonald’s franchises; Ms. Salgado actually works for an independent business that has paid for the right to use the McDonald’s name and trademarks and sell McDonald’s products.

And it’s even possible Nancy might not have known that when she called McDonald’s asking for help and was given that now-infamous “maybe you should apply for food stamps” response. The ‘right’ thing for the hotline worker to do was probably to have pointed it out and referred Ms. Salgado back to her actual boss. And then hung up the phone.

Which sounds awful, but … it’s a matter of where Influency begins and who’s practicing Influency and to what ends. Literally, unless there’s something in the franchisee agreement between McDonalds and the companies that pay to call themselves McDonald’s—like there is compelling Burger King franchisees to sell food at company-mandated prices—dictating the wages these business pay their workers, this isn’t McDonalds’ responsibility.

Which of course doesn’t explain why, if franchise employees aren’t entitled to McDonald’s corporate assistance, there was a poster in the break room at the franchise pointing Nancy Salgado at the McDonald’s help line.

As with so many issues surrounding business change and Influency, there’s no neat answer to this. After all, at some level we’re all homeless and looking for Internet. And I certainly hope that my opening statement to this piece resonated loudly enough that you don’t see my position as that of the bad-guy businessperson; I’m very much on the opposite side here. But blaming McDonald’s isn’t helpful, and neither is blaming smaller businesses moved to use their legal rights in legal ways.

Blaming the government for failing to govern, though … well like I said, there’s a piece of me that wants to chuck all of this and become an activist.

In the meantime, though, The Answer Guy is here to be your activist as you pursue greater Influency through Integrated Marketing. Want to talk about that? Me too.