The Influency of the (Ashton) Kutcher 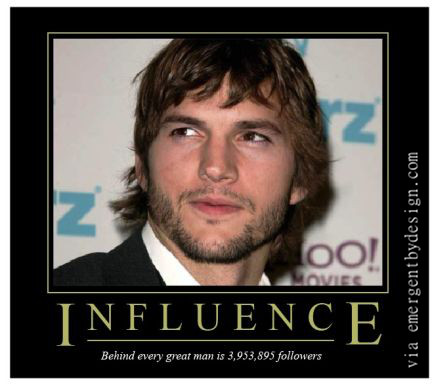 Who do you want to be when you grow up?

When he played that goofy Michael Kelso character on That 70’s Show, you likely wouldn’t have answered ‘Ashton Kutcher’. And when Ashton Kutcher led the world in meaningless social network follower count a few years back he was an easy target to make fun of for being a guy who was famous (mostly) for being famous. But as I was preparing a piece railing against the way Google Music categorizes songs this morning somehow good ol’ AplusK bounded into my thoughts.

Ashton Kutcher, as I pointed out here, has become one of the smartest tech entrepreneurs around. Forget his 30 million social media followers. No, actually, don’t; they matter plenty. But the count isn’t what’s important. In fact, let’s be honest; nobody knows how many of Mr. Kutcher’s 15 million followers on Facebook and Twitter overlap. He’s popular elsewhere, too, so is the real count 15 million, thirty million or does everyone on planet Earth follow Ashton Kutcher?

What’s important is that somehow, Ashton Kutcher is … everywhere. And that’s real Influency. 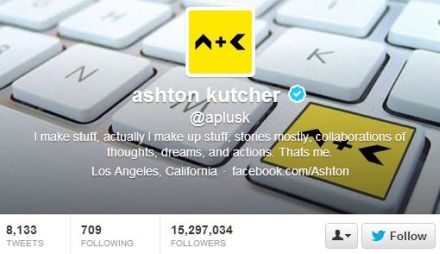 As much as we’d all love to achieve the ubiquity of Ashton Kutcher, for most of us Influency is about being unavoidable either in a much smaller circle than Ashton Kutcher’s or practicing long-tail marketing to gain Influency in lots of very small ones. Great Customer Service at B&H Photo. Taking Social Media seriously from the ‘social’ perspective, as the Boston Celtics do. Even knowing when to give up, or understanding that email has become just one more social media stream. Think those topics are disconnected? Think again; unless you’re Ashton Kutcher, you won’t make Influency happen until you manage them all.

In fact, Kutcher does manage them all. And while Ms. Kunis’ guy may not be Jewish just yet, you can bet that Ashton Kutcher understands: if Google is Jewish, he needs to be, too.

Sorry, Ashton; I couldn’t resist the chance to throw in that little optimization tidbit.

How important is follower count? Not very. But model your social media activities toward engagement, and like Ashton Kutcher your Influency will jump. And to answer the question at the top of this piece? He may be younger than me, but when I grow up I want to be Ashton Kutcher.